Alex from GolfMagic reviewed the forgiving and chunky Wilson Staff Launch Pad irons and tested their performance in windy conditions. 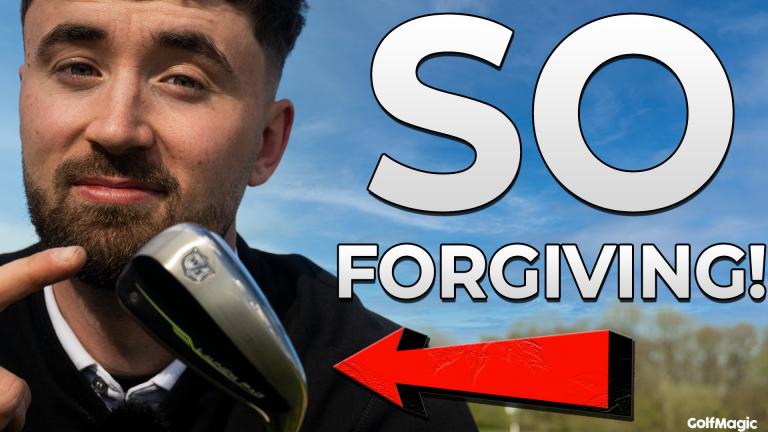 - The Wilson Staff Launch Pad irons are extremely forgiving and act as perfect game-improvement irons.
- The only issue with these irons is their longevity in your golf bag.
Our score:
Overall:
5
PRICE: £599.00 YEAR: from 2022

The Wilson Staff Launch Pad irons are some of the most forgiving irons that have been produced in 2022 and they have been built for quick and easy game improvement.

As you can see by the chunky soles on each club, these irons are manufactured to enhance turf interaction and increase forgiveness in your ball-striking.

With the power that can be applied with these strong clubheads, it is very hard to hit a heavy shot. The enlarged soles dig into the ground and help you to get the ball in the air.

The Wilson Staff Launch Pad irons are Hollow Body irons which make them very similar to hybrids. They may feel odd to begin with but they offer significant game improvement.

Wilson has placed all of the weight and CG in each iron at the bottom of the club. This helps the ball come off the ground which is ideal for young beginners and older players too.

They are also reasonably priced. For a 5-iron to pitching wedge set, you will pay £599.00. However, you could argue that these clubs will not serve a long term purpose as your ball-striking improves.

The Wilson Staff Launch Pad irons have gone slightly under the radar in 2022, but they are also extremely versatile. Around the greens, they can be used for chipping due to the quality of the turf interaction.

Your distance with these clubs won't hugely improve because Wilson has focused on forgiveness. Alex judged that you are more likely to feel the hybrid effect of the longer irons over the shorter irons.

As Alex says in the review video, longevity is the only issue because these are irons that will improve your game and act as a stepping stone in your game.