We finally got our hands on the PXG 0311 irons - and it was worth the wait. 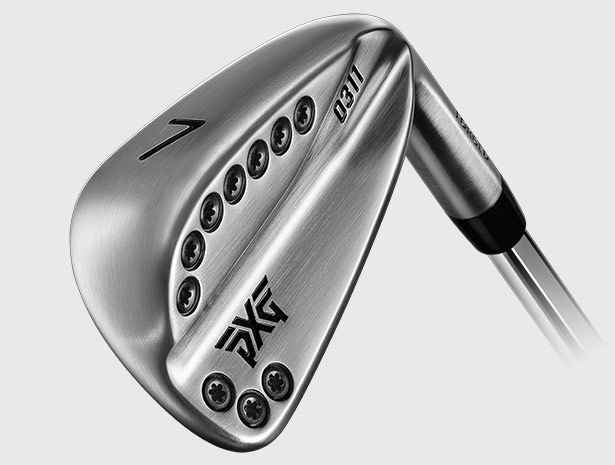 When PXG’s new irons dropped, it was the price that raised eyebrows at first. At over £2000 for a set of wrenches, many will not even consider the 0311 product. But founder Bob Parsons doesn’t seem bothered by that. He set out to produce golf clubs that perform the best, without a care for the cost.

After the initial shock regarding price, and as testing got under way, eyebrows remained elevated. Because these irons are extraordinary. Absolutely extraordinary.

HOW PXG CHANGED THE GOLF MARKET

We spent the day at the Shire with a master fitter from PXG to see what all the fuss was about.

"They look incredible and play even better": PXG 0341 XF GEN4 fairway woods
What drivers do the BIGGEST HITTERS on the PGA Tour have in their bags?
0311

A blade style head that oozes class. Medium topline and sole, with a large confidence inspiring face behind the ball. Simple black on silver branding is elegant.

The perimeter tungsten weighting on the backside of the club looks awesome, and lets you know there’s a heap of help built in for you.

We’re pleased PXG has kept the face clean - to look down on, it’s a traditional iron. But the performance is anything but traditional.

Soft - so soft - but with loads of feedback. The forged, S25C soft carbon steel head has a tight grain structure, and it works wonders.

It’s a “sit down and take a minute to yourself” kind of wow. Forget what you knew, this is the one.

Distance-wise we were getting a couple yards extra on other top performing irons. Sure, it’s impressive, and other brands would be going bananas about it.

But it’s the forgiveness that left us slack-jawed. There’s no other iron that looks like the PXG 0311 with this amount of forgiveness. Nothing.

PXG implemented a cavity into the iron with Thermoplastic Elastomer (TPE) injected into it, which works in cohorts with a thin face (PXG says it is the thinnest in the world) equaling efficient energy transfer.

Add into the mix high MOI thanks to CNC milling the face, which allowed designers to move weight to the extremities. The result is genius.

The perimeter weighting system - 11 black screws that can be moved around - allows the fitter to play around with swing weights to suit your moves.

The 0311 T stands for Tour performance and has the same tech as the 0311, in a more compact head shape. The CG is in higher up the club face to offer more control.

The 0311 XFG stands for extra forgiveness, and has a chunkier head for maximum help. It has a lower CG to gelo get the ball in the air.

There are a host of shafts available, some of which are premium options available just to PXG. Something for every golfer - and more.

If you’ve hit the PXG 0311 irons, you know. There’s nothing on the market that looks this good, but also offers so much forgiveness.

Not many will be able to shell out the small fortune it costs to buy a set, but if you can, rest assured you’ve bought the best.