TaylorMade Spider Mini review: a worthy accompaniment to the Spider. 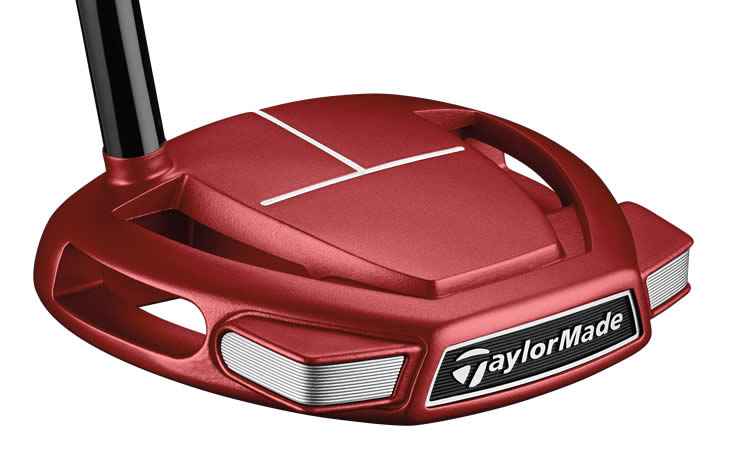 The TaylorMade Spider Mini is giving us the feels. Love this thing.

Life is full of compromises. So is golf. But TaylorMade are trying to blend the best of two worlds in their Spider Mini.

It's designed to still have the high MOI of a mallet - which basically means forgiveness - with the release of a blade.

This model comes with heavy pedigree already, with the Spider being an outrageously popular putter both on Tour and at your local club.

The Mini aims to take the best attributes of its sister club while adding tweaks that will allow it to appeal to blade users.

It’s 15% smaller than the Spider, but it seems like more. The wings are gone, and it doesn’t feel at all chunky or oversized behind the ball.

The red finish is obviously popular and still looks great, while the sight lines worked to line us up with ease.

The insert is soft but also responsive. This helped us judge lag putts.

Does just what TaylorMade set out to do. There is a small drop off in forgiveness, but it is only minimal, while we massively enjoyed the freedom of the smaller head. It helped us a heap from distance when we wanted more feel.

The smaller head promotes a little more movement - regarding arc - through the stroke. The Spider is more straight back and through, so make sure you give both a test to see which one suits.

It still has that pendulum feel the Spider enjoys, which kept us square through impact on those short nervy putts. From short, it’s lethal.

Solid from short, and better than the Spider from distance. This could be the putter that converts blade or half-moon users into a mallet. A worthy accompaniment to the Spider.