Brooks Koepka IN, Patrick Reed OUT: the latest US Ryder Cup rankings 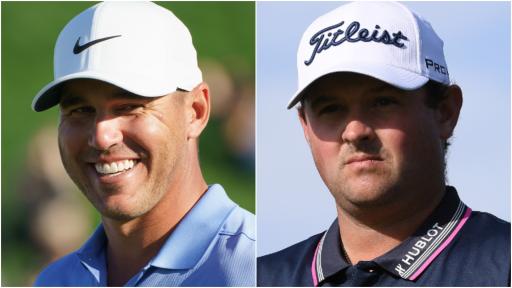 Brooks Koepka's first victory on the PGA Tour for more than 18 months at the Phoenix Open on Sunday has vaulted him straight into the automatic spots for a place in Steve Stricker's United States Ryder Cup side as it stands.

Koepka, who prevailed by one stroke at TPC Scottsdale, now moves up to third in the standings and his rise bumps out Patrick Reed to seventh - meaning 'Captain America' is no longer an automatic pick despite his recent victory at the Farmers Insurance Open.

Dustin Johnson, who won a second Saudi International title in three years on the European Tour on Sunday, remains out in front with Bryson DeChambeau in second place.

Koepka lies third, one spot ahead of Xander Schauffele, who will no doubt have been disappointed to finish tied second behind his compatriot at the Phoenix Open having held a share of the 54-hole lead with Jordan Spieth.

Justin Thomas and Collin Morikawa then round out the automatic top six spots in the US Ryder Cup side.

Captain Stricker will be able to add six picks to his side to round out his starting 12 to face Padraig Harrington's European side at Whistling Straits from September 25 to 27.

RELATED: WHY IS PATRICK REED WEARING A TITLEIST CAP NOW?

Captain Harrington will then receive three wildcard picks for his side.

The European points race takes on a slightly different shift this year, with a new weighted points system as a result of the coronavirus pandemic on the recent schedule.

All Race to Dubai and Official World Golf Ranking points earned between January 1 and May 9 will be multiplied by 1.5.

"The weighting of the points will further reward our in-form players and will give added interest to what already looks like an exciting season ahead.

"I have been keeping a keen eye on all European players in action on both sides of the Atlantic in recent months and have been very encouraged by what I have seen. I look forward to seeing how that form translates into points on the two respective lists in the coming months."