Paul Lawrie on Ryder Cup heartache: "It would have been the icing on the cake"

EXCLUSIVE: Paul Lawrie, winner of the 1999 Open, takes us inside the Ryder Cup captaincy process... and explains why he loves life on the Legends Tour. 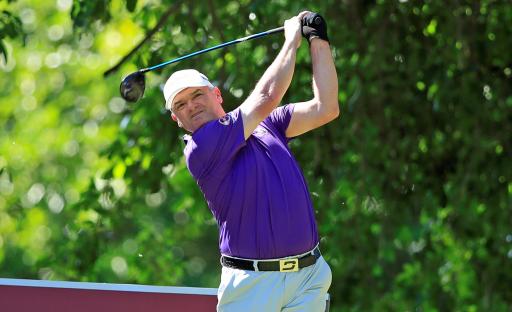 I first went for the Ryder Cup captaincy in 2018, Paul Lawrie tells Chris Bertram, writing for GolfMagic. They voted on Thomas Bjorn and I, and he obviously got it and did a great job.

I didn’t go for it when Padraig Harrington got it, but this time (for 2023) I thought I'll have a go and see what they were thinking.

It was nice that they let us present, so I made up a nice little presentation and we had a zoom call with the panellists and I thought it went very well but obviously the vote didn’t go my way (Henrik Stenson got the captaincy).

The support I had and the comments were nice. A lot of people wanted me to get it - just not the right people!

Related: Paul Lawrie sees the funny side after his Ryder Cup captaincy snub

My presentation was just about how I would be as a captain. I flew out to spend two days at the course to do a bit of prep on Marco Simone. I played 27 holes, took a business associate and met everybody out there. My presentation was about half-an-hour long. Why they should choose me, how I would do it, the communication side of it, stuff that you’ve learned from different captains. I was nervous presenting it! It’s a big deal… you are sitting there chatting to people you know have done it.

I would have done whatever it took. I said in my presentation that if it had been desired that I should play on the main tour again. I retired from it in 2019 but had three years exemption left. I would have very happily. I finished off by saying I feel like I’ve had a very nice career, a nice CV and there is just one thing left for me. That was being captain, and it would be the icing on the cake.

Paul Lawrie at the clubhouse of the Links Course at Constance Belle Mare Plage, Mauritius

How would I have been as a captain? I would have been organised and I would have been good at chatting to the players - because I do that in my everyday life in one of my companies that manages players and mentors players. I am also quite strict on stuff, I wouldn’t have taken any nonsense and am good at letting staff know how I feel. Right or wrong, it’s the way I think it has to be. I would have enjoyed it, I would have loved it.

Some great players get to captain, some don’t - Sandy Lyle never got to. One of our best ever players who won every tournament there was to win. But you can never tell who will be a good captain and a bad captain; if you lose you are a bad captain and if you win you are seen as a good one. I was one of Darren Clarke’s vice-captains in 2016 and I thought he did a tremendous job. He was phenomenal. All the players bought into it but America just played better. Then you have captains who win but haven’t necessarily done a great job.

On playing The Legends Tour...

I enjoy this tour, you get used to the format and you meet some great people. I’ve met some of my sponsors through playing with them. Associations that I’ve got have come from playing with people on the tour.

I hit balls every day at home even though I don’t play all that much. I don’t feel as if I play full time on tour. I’ll play maybe nine events a year and I’m really busy off the course which I really enjoy. It’s not that I don’t want to play golf, it’s just I’m enjoying the interests I have off the course at the moment.

I’ve had 35 years of playing 30+ tournaments a year and last year I thought ‘man, I want to play and I want to still be competitive but I don’t want it to be the only thing I do’. My game is not where I would want it to be but I’m 53, the chances are it isn’t going to be very often!

The celebrities and pros line up during the finale of The Legends Tour at Constance Belle Mare Plage, Mauritius

My back is not great and I had surgery on my foot a few years ago and if I play too much that starts to play up a wee bit. So that’s why I do my schedule so I don’t play more than two weeks in a row and then go home and rest. I know when to practice and when not to practice. My back is alright for 12 or 13 holes and then I start to poke it down the fairway like an old man. So it’s not great! But if you’ve got a chance to win then the adrenaline starts to kick in and you manage somehow.

It all hits home even more that what Tom [Watson] did at Turnberry was just remarkable. It could have been the biggest sports story of all time. I felt really sorry for Stewart Cink because I had a wee bit of that when I won because of the way it happened. If Tom had won it would have been incredible. I’m 53 now, to think I would have a chance going down the last hole to win the Open is amazing. It’s a pity he didn’t win but well done Stewart.

The Legends Tour will continue its expansion in 2022, culminating in back-to-back events at Constance Lemuria, Seychelles, and Belle Mare Plage, Mauritius, in December. For more information on playing with celebrities or Tour pros in the Legends Tour, visit legendstour.com.