Tiger Woods to play US Open? Nike may have given the first big clue...

Will Tiger Woods play in the 2022 US Open at Brookline this June? Has Nike Golf just given the game away? 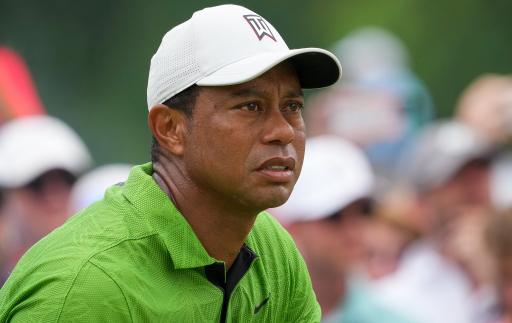 Will Tiger Woods play in the 2022 US Open at Brookline this June? That is the question on everyone's lips right now, especially after the 15-time major champion withdrew prior to the final round of the US PGA Championship earlier this month.

While nobody quite knows what will happen in three weeks' time, Woods' apparel manufuacturer Nike Golf has certainly got golf fans excited by releasing its new US Open shirts set to be worn by the three-time US Open champion.

#NEW: Tiger’s US Open polo has arrived on the Canadian Nike store. Only this color so far, not in US yet. Have also attached a look at some the other colors coming pic.twitter.com/2s87yQspRG

The news was posted by the popular TWLegion account on Twitter after the Canadian Nike store revealed the 2022 US Open shirts.

The red shirt to be worn by Woods in the final round at the US Open features a black V on it.

Other shirts in the range include the colours of black, white, brown, blue and turquoise.

One thing you can just about guarantee if Woods pegs it up at the US Open, and no doubt much to Nike Golf's frustration, is that he will be once again wearing FootJoy golf shoes.

Woods, who has worn Nike Golf shoes his entire pro career, gets paid huge sums of money to wear the brand's footwear and apparel.

But since making his return to golf following his horror car crash in February 2021, Woods now wears FJ Premiere Series Packard shoes because he considers them to be the best possible shoes to make things easier on his legs.

He wore those shoes at The Masters in his comeback start in April, and then again at the US PGA earlier this month.

Woods and Nike are apparently working together on a new shoe that will work best for him on the golf course, but as it stands, Woods remains in FJ footwear despite not being paid by that particular brand.

In his last start at the PGA Championship, Woods slumped a PGA career-high 79 in his third round before bowing out of the tournament ahead of the final round. It marked his third-worst round of his major career, and his fifth-worst on the PGA Tour.

Woods once carded a 85 in the third round of the 2015 Memorial, which is his highest one-round score on the PGA Tour.

In the majors, Woods once posted an 81 in brutal third round conditions at the 2002 Open Championship at Muirfield.

Woods has made it no secret just how excited he is to compete in the 150th Open Championship at his favourite golf course in the world, the Old Course at St Andrews, from July 14-17.

Whether he will want to risk hurting himself more at the US Open remains to be seen.

But this is Tiger Woods, who won the 2008 US Open on one leg remember?