"Are you not entertained?!" Ryder Cup skipper ticks this off bucket list

Europe's Ryder Cup captain Henrik Stenson has always wanted to do this. Now he has. 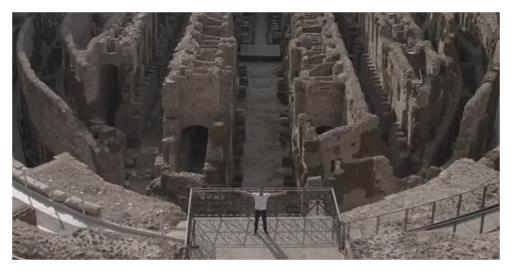 My name is Henrik Stenson, and I will have my vengeance, at this Ryder Cup or the next.

The European Ryder Cup captain had a bit of fun on a recent visit to Italy ahead of the next installment of the biennial event.

Stenson, 46, visited Rome where he went to the Colosseum and recreated a famous scene from the movie Gladiator starring Russell Crowe.

The Swede posted that he "always wanted to do this" and in fairness it was a decent effort of the line: "Are you not entertained?!".

Gladiator is a historical epic telling the story of Roman general Maximus setting out to exact vengeance on corrupt emperor Commodus.

I’ve always wanted to do this… ARE YOU NOT ENTERTAINED!? pic.twitter.com/32DEfzGsRP

Touchdown in Rome! Excited for my first visit to Italy since being announced as Captain #rydercup #teameurope pic.twitter.com/PrFkPSFQIR

Just this week Stenson named another vice-captain to his team. Edoardo Molinari, 46, will help out Europe alongside Thomas Bjorn.

Edoardo, the older of the two Molinari brothers, starred in the European team that won at Celtic Manor in 2010.

"We had chatted a few times about stats and what I could do to help the team, but I never expected this," said Molinari.

"Knowing Henrik, he will leave no stone unturned. He will do everything he can to win the Ryder Cup back."

Next year's Ryder Cup will be the first time Italy has hosted the tournament.