Kevin Na felt he could have brought energy to the US Ryder Cup team but he was snubbed by the American captain Steve Stricker. 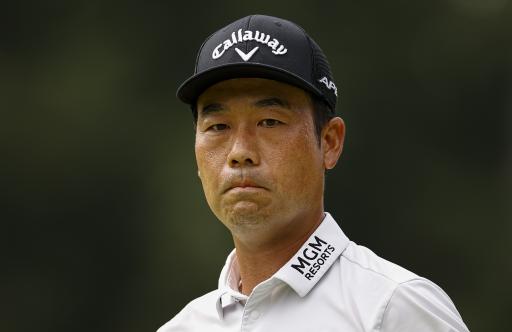 Kevin Na disagrees with Steve Stricker's decision to overlook him for a captain's pick at the Ryder Cup and he questions if he could have played any better in the final stages of the PGA Tour season.

Na finished third at the Tour Championship and he revealed that after Patrick Cantlay lifted the trophy and the FedEx Cup title, he texted and called Stricker to express his desire to get a pick.

Unfortunately, he rang the 38-year-old back to tell him that he had not made the team. Although Na was 19th in the Ryder Cup standings, he finished second at the John Deere Classic, lost in a playoff at the Wyndham Championship and finished tied eighth at the Northern Trust.

The form at the end of the season put him in the conversation for a pick, but the 5-time PGA Tour winner was disappointed not to receive good news.

RELATED: FROM NOVICE TO PRO IN NO TIME: THE BEST VALUE KIDS' GOLF EQUIPMENT ON THE MARKET

"He called me Monday and said, ‘I don’t have good news, You didn’t get picked," said Na.

"It sucks. It’s disappointing. He has a tough job. I don’t take it personally. No one deserves anything. It’s a captain’s call. I respect his decision. Do I disagree? Yeah, I disagree. I just have to play better.

"It didn’t matter what happened at the Tour Championship. (Stricker) already had his mindset. That’s my personal opinion.

"I think it would have been great if I played for the team. I think I could have really brought some good energy and I could’ve really contributed and it's disappointing that I won’t get the chance to do that."

Spieth won the Valero Texas Open and made a return to form in 2021, while Schauffele won the Olympic gold medal and finished second three times on the PGA Tour.

These two were always going to be chosen, as was the Northern Trust winner Tony Finau and Harris English who won the Travelers Championship and the Sentry Tournament of Champions.

Maybe Scottie Scheffler and Daniel Berger's places were up for grabs, but you could argue the experience of Patrick Reed and Webb Simpson may have been ahead of Na in the pecking order anyway.

"If I had Bryson DeChambeau as my partner hitting driver, I’d be stuffing wedge in there or short irons," Na said of his own qualities.

"I’m a good putter, a good chipper. I mean, so all these years you’re telling me that the US team has been struggling because they had a lack of length?

"No, if anything it has been putting, guys able to make putts under the gun. But it’s over."