The Belfry out of running to host Ryder Cup in 2031

The Belfry has hosted the Ryder Cup on four occasions but according to reports, the event will not return to the Warwickshire venue in 2031. 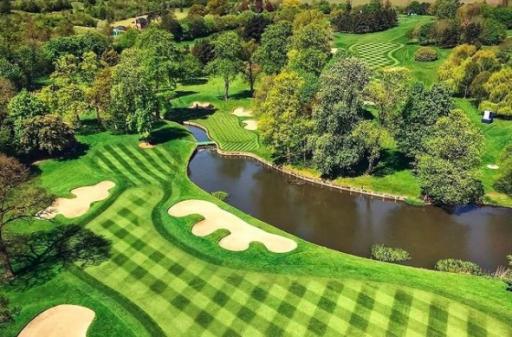 The Ryder Cup will not be returning to The Belfry in 2031, according to reports, and other English venues will be considered.

The Belfry has hosted the Ryder Cup on four occasions, most recently in 2002 when Europe won the delayed matches 15.5 - 12.5.

It has been reported that the Midlands venue has pulled out of the selection process which means the remaining options in the UK are the London Golf Club and the planned Hulton Park course in Bolton.

UK Sport are planning on making a decision by April as to which site will host the famous event. The course must be submitted to the European Tour and then a call will be made in July.

The Belfry was the last English venue to host a home Ryder Cup for Europe. Since then, it has been held in Ireland, Wales, Scotland and France.

The Ryder Cup is set to be hosted in Rome, Italy next year where Europe will have to turn around an embarrassing 19-9 defeat they were given by Team USA at Whistling Straits in 2021.

A post shared by The Belfry Hotel & Resort (@thebelfryhotelandresort)

Hulton Park is a planned site in the North West of England which is yet to even receive planning permission, but it is believed to be an exciting prospect.

The plans for the development have received significant opposition from the local community due to environmental fears and the destruction of wildlife habitats.

Peel L&P, the developers, will put forward a £250 million proposal to Bolton's Council for a decision to be made later this month.

"Our revised proposals for Hulton Park are a great fit with the Government’s Levelling Up missions and it’s good to see the importance placed on sport and health in the White Paper to help balance regional and local inequalities," said Richard Knight, the firm’s director of planning and strategy.

"The selection of Hulton Park as a potential venue for the Ryder Cup is now a very realistic and exciting prospect and we hope that the council will seize this once-in-a-generation opportunity and support our efforts to bring this prestigious event - and all the benefits that flow from it - to Bolton."

NEXT PAGE: JON RAHM: "I'M OUT HERE COMPLAINING A LITTLE BIT BUT I'M STILL UP THERE"