Having become the FedEx Cup champion and won four times on the PGA Tour in 2021, Patrick Cantlay looks a great price to lead the way in combined points scoring. 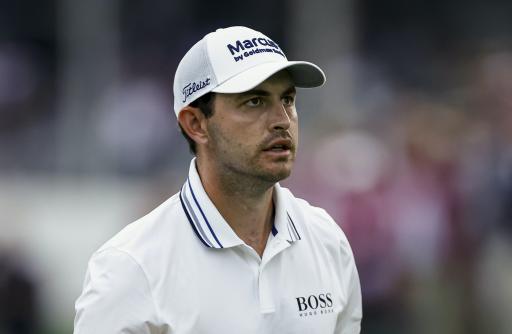 We have entered Ryder Cup week and as much as we all want to see a fantastic match between America and Europe, there is also a chance for us to earn some money.

Once again, Europe are the underdogs as they are playing on away soil at Whistling Straits and the US side contains nine of the top 11 players in the world and six major champions.

Padraig Harrington's side have an uphill task, but they have an abundance of experience in their blue army with the likes of Lee Westwood, Sergio Garcia and Ian Poulter.

America have only won one Ryder Cup in their last five attempts and this has arguably been a result of the spirit and cohesion that the Europeans show each year.

We have decided on three bets that we believe offer the best value and will give you the best chance of winning some money this week.

Although they are the underdogs, the Europeans have a fantastic record in the Ryder Cup and as they are slightly better odds than the USA at 15/8, you should side with Padraig Harrington's men.

America have only won the Ryder Cup three times in their last 12 attempts, which means Europe have won three times on away soil in that period too. The US side is often stronger and dominates the PGA Tour, Europe's determination has often been too much for them.

At the 2019 Presidents Cup, Patrick Cantlay played in every pairs session alongside Xander Schauffele, so it is safe to assume that Steve Stricker will frequently send them out together at Whistling Straits.

Cantlay is in the form of his life, having won the BMW Championship and the Tour Championship so, at 10/1, he offers solid value at becoming the top combined points scorer at the 2021 Ryder Cup.

Although I think Europe offer better value in the match-winner market, it is hard not to side with America this year. When they won the event in 2016 at Hazeltine and in 2008 and Valhalla, they won it convincingly by six points and five points.

With the huge personalities that they have in the side such as Bryson DeChambeau and Brooks Koepka, I think the fans will spur them on even more than usual. I believe a four-point victory at 12/1 offers good value and is the most likely outcome.

NEXT PAGE: MAX HOMA LANDS HIS PGA TOUR HAT-TRICK WITH VICTORY AT THE FORTINET CHAMPIONSHIP