Team Europe is taking shape ahead of the Ryder Cup at Whistling Straits. 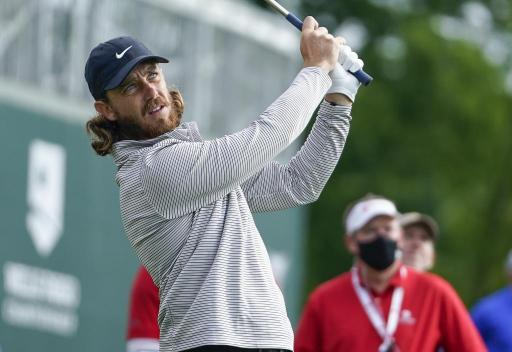 The five who have qualified are Tommy Fleetwood, Paul Casey, Viktor Hovland, Rory McIlroy and Jon Rahm who will be heading to Wisconsin.

Hovland, Casey and Fleetwood are playing at the BMW PGA Championship this week, the European Tour's third Rolex Series event of the year.

Rahm has qualified for the Europeans after a simply stellar season being practically unrivalled in every department.

RELATED: RAHM WINS PGA OF AMERICA PLAYER OF THE YEAR

He collected his first major at the U.S. Open and became the World No. 1. His previous Ryder Cup successes include his 2&1 victory over Tiger Woods in the Sunday singles in 2018.

The Captain (and his training aids) are in town

The final week of qualifying is upon us! pic.twitter.com/vKj7rGmEHB

Harrington said of Rahm: "What a player. What a leader. We're going to send him out and he's going to play golf."

He added: "He's kind of Monty-esque, somebody who is going to be an inspiration to players out their on the course."

Casey has collected nine top-10's this season and won the Omega Dubai Desert Classic in a remarkably consistent season.

He has made four Ryder Cup appearances with a record of 4-3-5 overall.

McIlroy will seek to be on the winning team at Whistling Straits for the fifth time. He made his debut in 2012 and has won 11 times out of his 24 matches.

Hovland, 23, will become the first Norwegian to represent Europe when he makes his debut. He is ranked number 14 in the world and is no stranger to matchplay. He won the 2018 U.S. Amateur Championship.

Why wouldn't you want to be paired with Viktor Hovland at the Ryder Cup? pic.twitter.com/DdUgNQKtfy

Harrington said "everybody loves Viktor," adding: "It's fabulous everybody wants to play with Viktor... just the way... his attitude to golf for someone so young is refreshing. He definitely looks like he'll be a real dynamo around the team, a real spark for everybody in the team."

The European captain will name his picks after the conclusion of the BWM PGA Championship at Wentworth on Sunday evening.

"He's obviously a fabulous golfer, that goes without saying. But, y'know, we're looking for more, what he brings with his spirit and that."