The 2021 European Ryder Cup team was one of the most cohesive sides that we have seen, and Ian Poulter is still clinging on to the memories. 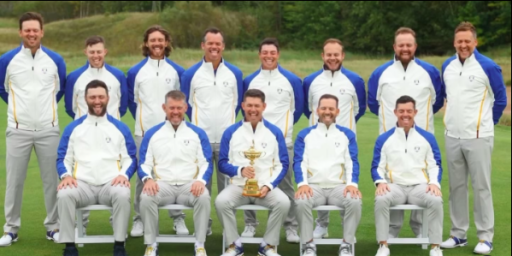 Team Europe were well and truly destroyed at the Ryder Cup, there is unfortunately no question of that. But their spirit and determination did not relent.

They were beaten by a record-breaking score of 19-9 by America and the loss reduced players such as Rory McIlroy and Lee Westwood to tears after the Sunday singles.

Ian Poulter was also extremely emotional. Throughout his career, he has given his soul to the tournament and this has been well-documented in his performances over the last 17 years since his debut.

Europe have won nine of the last 13 Ryder Cups and in each of these wins, the team has been one big, happy family and Poulter has recognised this even when they lose.

On his Instagram page, the 45-year-old posted a picture of the European team, but it becomes a video where the players are singing along to Sister Sledge's hit song 'We Are Family'.

Although it is a still image that Poulter has posted, the mouths of each player are moving which has become a common feature in videos on social media.

The Postman's social media accounts are usually good value and some golf fans left their comments:

"Love you, boys!! Come on Europe" one fan commented.

"See you next time round … you have some points to deliver," another fan said.

"Whole team is pure class and embodies the spirit of the game.." one fan said.

NEXT PAGE: TIGER WOODS IS TROPHY HUNTING AND HE'S NOT EVEN ON THE COURSE