What outfits are TEAM USA wearing at the Ryder Cup?

Ralph Lauren will be producing all of Team USA's clothes for the Ryder Cup at Whistling Straits. 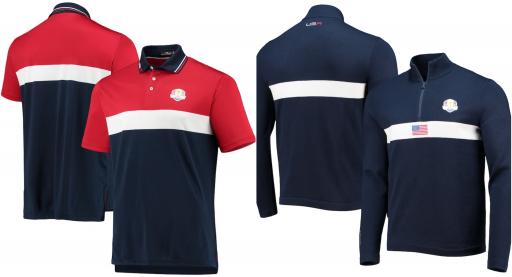 Many moments down the years in the Ryder Cup are not only associated with the best players in the world, but also the outfits that they wore when they were competing.

When Justin Leonard holed his monster putt to secure the Ryder Cup at the Battle of Brookline in 1999, his celebration is synonymous with his brown shirt which is covered in images and picture frames.

If you were to ask someone what colour Ian Poulter was wearing when he began Europe's charge on Saturday evening at Medinah in 2012, everyone could remember that he wore the iconic burgundy top.

The attire at Ryder Cups always provide an exciting and fresh update to Ryder Cup history and this year, Ralph Lauren are kitting out Team USA.

On the second day on September 25, Team USA will wear a standard dark, navy blue polo shirt accompanied by lined navy blue trousers, and a navy blue jacket with red stripes under the arms and on the back, if they need it.

RELATED: TIGER WOODS TO GIVE MOTIVATIONAL SPEECH FOR TEAM USA AT THE RYDER CUP

On the final and decisive day of singles matchplay, the American's will wear polo shirts with the signature colours of red, white and blue. The red appears at the top of the shirt with a white stripe in the middle and the rest is navy blue.

We are yet to see what iconic moments could be created by Team USA at Whistling Straits this year, but we are on course for a dramatic and memorable week.

With a stellar set of garments, Stricker will be hoping to lead the US side to only their second win in the last six Ryder Cups.

NEXT PAGE: WATCH: THE GREATEST EUROPEAN SONG OF ALL TIME AT A RYDER CUP! THIS WAS EPIC!