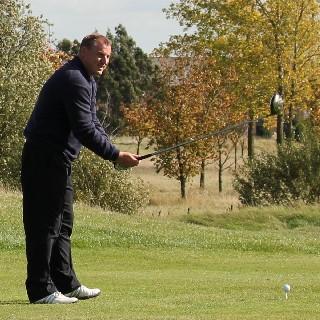 The duo will be joined by the likes of former Arsenal keeper Pat Jennings, ex-Everton striker Graeme Sharp and Sky Sports pundit Alan McInally for the 16th staging of the event at the award-winning five-star venue.

Former Wales and Millwall striker Steve Lovell, who edged out McInally in a tight battle last season, will defend his crown in the main three-day tournament, while players will also contest the one-day Alan Ball Trophy.

Places in the event cost £1,398 per person and include five nights in the Hotel La Manga Club Principe Felipe, breakfast, welcome and gala dinners and prize-giving with entertainment.