Known as "Carnastie", the host of the 2018 Open is all that is right with golf. 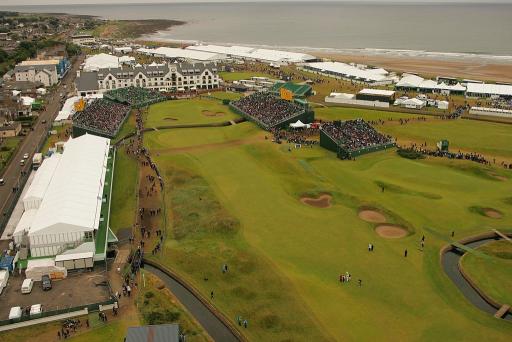 Publically owned, famously fair, and with a female chairman. If Jeremy Corbyn was a golf fan – and I assume he’s not – I’m sure Scotland’s Carnoustie would be his favourite golf club.

Considering it’s staged golf since the 16th century and is so drenched in history, it’s outstanding Carnoustie can have such a progressive, egalitarian outlook. It makes many of the other Scottish courses look archaic.

For Carnoustie epitomises all that is right in golf, but does so with no hint of smugness. Perhaps without even realising, the club are helping to drag golf – kicking and screaming - into 2017.

Let’s start with the membership fees. The Championship Course has hosted seven Opens, and remains on the roster – but it offers full playing rights for under £400. There’s really no catch – well, apart from the long waiting list.

And this sentiment of fairness finds its way onto the course. Off the tee, golfers can see the challenge before them. Other lauded links courses have numerous blind shots, hidden hazards and so on – but at Carnoustie, these are rarer than a still day on the Scottish coast.

On the Championship course, should you send your ball into one of the impeccable bunkers or leak one into the rough, there can be no mutterings of discontent – the troubles were clear to see while you pegged it up.

While most golfers are resigned to bad bounces and unjust occurrences on links courses – “that’s links golf”, they say – Carnoustie shows it does not need to be so.

Perhaps original designer Allan Robertson, and later Old Tom Morris and James Braid, made it this way because had they not, Carnoustie will have broken too many players. It brings most to their knees despite its fairness – hidden hazards would have made this place a torture chamber.

When the wind gets up, which is often, Carnoustie shows its snarling teeth, and most become its prey. Just ask Tiger Woods.  The place is unforgiving and relentless.