Prosecutors argue the men carried out the scam over six-years from 2013. 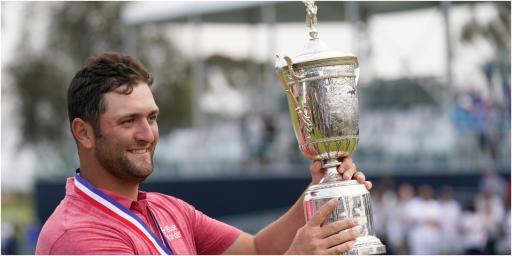 Two men have been charged over allegations they carried out a $3.7 million U.S. Open ticket scam over six years, media in the United States have reported.

The Philadelphia Inquirer have reported that two men from Pennsylvania have been arrested for selling thousands of stolen U.S Open tickets.

They have named the men as James Bell, 69 and alleged accomplice Jeremi Michael Conaway, 46.

The paper reported that the suspects, if convicted, could face up to 100 years in prison and a $1.25 million fine.

Prosecutors allege that the two men teamed up with a man named Robery Fryer, 39, who at the time was reportedly working for the U.S. Golf Association's ticketing office between 2013-2019.

The paper has reported that Fryer has already admitted involvement and said he was responsible for getting the pair 22,504 tickets.

Reportedly, the alleged scam started at the 2013 U.S. Open at Lower Merion Golf Club in Ardmore.

Peter Millar have an AMAZING selection of golf shorts!
The BEST PUMA golf polo shirts as seen on the PGA Tour!

Jon Rahm won the U.S. Open this year to land his first ever major victory.

GOLF RULES: WHAT DO YOU DO IF AN ANIMAL SNATCHES YOUR BALL?

NEXT PAGE: WITB OF PATRICK REED?