Rory McIlroy is a former US Open champion, but he hasn't won a major championship since 2014. Could this week at Brookline put an end to his drought? 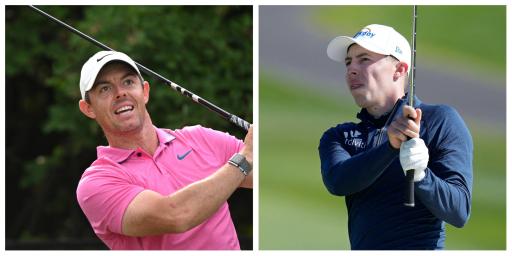 The US Open at The Country Club in Brookline this week arrives with the backdrop of the fallout of the first LIV Golf event in the UK. Rory McIlroy won his 21st PGA Tour title at the RBC Canadian Open at the weekend and he will be determined to send another message to LIV Golf commissioner Greg Norman, as well as the rebel players, that the PGA Tour is the place to be. Matt and Andy have four selections below for this week's US Open Championship.

Rory McIlroy arrives at the US Open this week in a buoyant mood after winning his 21st PGA Tour title at the RBC Canadian Open at the weekend.

The Northern Irishman battled his way to victory against the likes of Tony Finau, Justin Thomas and Sam Burns, all of which are playing at The Country Club in Brookline this week.

There will be a particularly different dynamic amongst the players this week with LIV Golf rebels returning from Centurion Golf Club to play in the third major of the year.

Phil Mickelson, Dustin Johnson, Kevin Na, Talor Gooch and Louis Oosthuizen will all be teeing it up in Massachusetts and it will be interesting to see how the crowd receives them.

Mickelson spoke to the media on Monday and he will be hoping to finally secure his major grand slam. Lefty has finished second at the US Open on six occasions.

Take a look below at our best bets for the US Open at The Country Club in Brookline this week.

We know that McIlroy has been very easy to back at major championships for the last eight years, and he hasn't come up with the goods. However, the 33-year-old has won twice this season and he is ranked first in strokes gained. In just 10 events played since October, he has made four top-5s and six top-10s. His schedule planning has been perfect and he has the fire in his belly to win his second US Open title.

Patrick Cantlay is unlucky not to have won three or four times this season. He has lost in playoffs at the WM Phoenix Open and the RBC Heritage and he came third at the Memorial too. The World No.4 is ranked sixth in birdie average and 14th in strokes gained in total. He is arguably the best player in the world not to win a major and he should be in the thick of contention this week.

Matt Fitzpatrick won the 2013 US Amateur at The Country Club in Brookline and his current form could mean the stars are aligning. Despite not winning on the PGA Tour yet, he has made three top-5s and seven top-10s this season. He has two top-12 finishes in his career at the US Open and he is currently ranked fourth in scoring average and second in strokes gained in total.

Cameron Young has three top-3 finishes in his last four events. He is one of the hottest players on the tour right now with three runner-up finishes this season too. Young is second in strokes gained off the tee which should certainly help around a challenging US Open course. He finished one shot short of a playoff at the US PGA Championship, so he is capable of performing on the big stage too.