Matt Fitzpatrick in US Open feature group: "Everyone is leaving the PGA Tour!"

Matt Fitzpatrick has been grouped with former US Open champions Webb Simpson and Dustin Johnson for the first two days of the 2022 US Open. 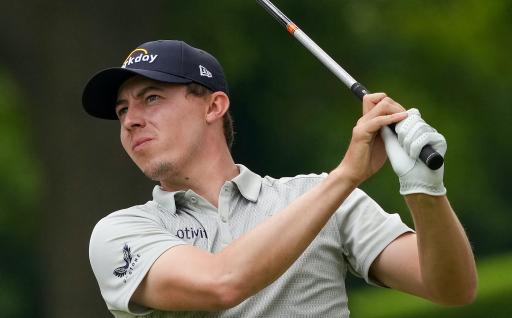 Matt Fitzpatrick joked about the reason he has been included in a feature group for the first two rounds of the US Open this week.

In a press conference at The Country Club in Boston, Fitzpatrick spoke about being grouped with former US Open champions Webb Simpson and Dustin Johnson.

The Englishman has already said he no longer plays golf for money and his priority is winning tournaments and creating a legacy on the PGA Tour.

When he was asked about being included in headline groups now off the back of his superb form, Fitzpatrick took aim at the LIV Golf Invitational Series in his response.

"It's because everyone is leaving the PGA Tour. That's why. They're digging up the dregs," said Fitzpatrick.

The 27-year-old has made seven top-10s in 14 events in 2022. He recorded another tied 10th finish at the RBC Canadian Open in a stellar field that included Rory McIlroy, Justin Thomas, Tony Finau and Sam Burns.

He has solidified himself in the top 20 of the world rankings and he disappointedly squandered a great chance to win the US PGA last month at Southern Hills.

Fitzpatrick finished in tied fifth, and although he couldn't hide his frustration after the event, he returns to the US Open with confidence and to the venue where he won the US Amateur in 2013.

"This US Open is different for obvious reasons for me just because of winning the US Amateur here and just having such an amazing experience last time," Fitzpatrick said on Monday.

"For me, I feel like this week is about just enjoying it and knowing that I do have a chance because, A, I've had success here before, even though it was a long time ago, and B, like you say, I've been playing well.

"I'm just really looking forward to it. It's been on my radar for years that I knew it was obviously coming here.

"Yeah, that's all there is to it for me this week. I'm staying with the family I stayed with when I played the Amateur here and my parents are here, as well, so I'm just really excited for the week more than anything."