Golf Betting Tips: Our TOP BETS for the 2021 US Open 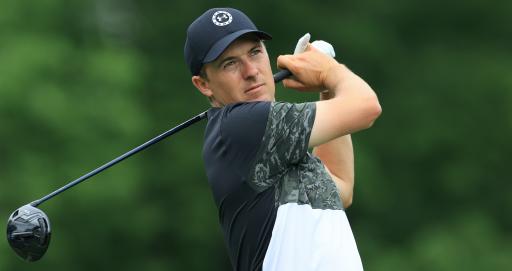 After Phil Mickelson's win at the PGA Championship at Kiawah Island in May, there was much talk of the 50-year-old finally completing the grand slam at the US Open.

Torrey Pines is located in San Diego, which is Lefty's home city, so this could be a great chance for him to win his first US Open and overcome the barrier of finishing second on six occasions.

However, he will have a lot of in-form players to overcome if he is to be successful this week. Jon Rahm leads the betting markets at 9/1 and he is arguably the rightful favourite to bounce back from his disappointment at the Memorial Tournament.

Bryson DeChambeau is the defending champion this year after he completed a six-shot victory at Winged Foot back in September to secure his first major title.

It is very hard to ignore Jon Rahm, who is just extremely consistent and a major title has never been closer for him. Rahm held a six-shot lead at the Memorial Tournament before he was forced to withdraw after a positive Coronavirus test and he will be keen to go low again in California.

In 17 PGA Tour events, he has 10 top-10 finishes and this is without his performance at Muirfield Village. Although he has missed the cut twice in his five appearances at the US Open, Torrey Pines is set to be a much nicer test compared to the usual US Open standards.

At 20/1, a bet on Jordan Spieth is of incredible value this week. He won the US Open in 2015 during a treacherous week at Chambers Bay when Dustin Johnson three-putted on the 72nd hole to gift the Texan the win.

Spieth has rediscovered some of his best golf this season with eight top-10's in his last 12 events, including a win at the Valero Texas Open.

Despite his consistency this season, Spieth still has plenty to improve on and with three major championships to his name, there is no doubt that he can show nerve and determination on the big stage.

In his short presence on the PGA Tour, Will Zalatoris has top-10 finishes at the US Open, PGA Championship and The Masters. He pushed Hideki Matsuyama all the way on his debut at Augusta National back in April.

The 24-year-old is in the top 10 in strokes gained in approaches to the green and strokes gained from tee to green, so Zalatoris is a solid player and is likely to give you great value for money.

His performances are incredible for a player who is playing in his first full season on the PGA Tour and at 40/1, this is a massive price for such an impressive young talent.