Phil Mickelson was given a special exemption to play at the US Open at Torrey Pines this year, but Rickie Fowler is currently attempting to qualify. 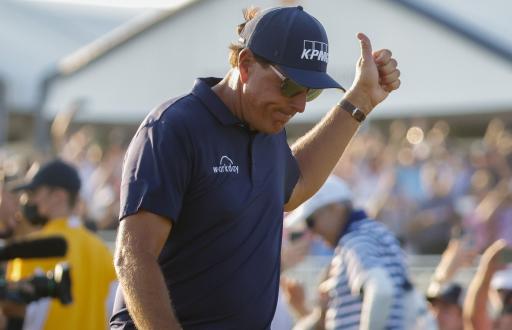 As the US Open qualifiers began yesterday across America, Phil Mickelson offered his exemption to fellow American Rickie Fowler on social media.

A golf fan named Sarah Bean Smith tweeted the US Open account to suggest that as Mickelson no longer needed an exemption due to his win at the PGA Championship, he could hand it over to Fowler.

The six-time major champion responded to Sarah's tweet and said that he now "designated" his exception to Fowler and he also included that his special invitation was "no longer necessary."

I hereby designate my (no longer necessary) exemption to Rickie.

Of course, exemptions can't just be passed on as easy as that, but it shows what an incredible turn of events occurred at Kiawah Island as Lefty will have probably needed to win the tournament had he not received an exemption.

The five-time PGA Tour winner is one of 700 players across the United States attempting to qualify on what is described as "The Longest Day" in golf.

The 32-year-old did not get off to a great start at Brookside Golf and Country Club as he shot 1-over-par in a weather-delayed round. He will need to vastly improve in the second round if he is to qualify for the US Open at Torrey Pines.

Golf fans gave their reactions to Mickelson's offer to Fowler:

Phil, why do you no longer require an exemption? Did you recently win some sort of event that qualified you for the US Open?

This is actually a really good idea. And if Rickie happens to make it through sectional qualifying, give it to crowd favorite @harryhiggs1991

I imagine Phil walks into the commissioner’s office and lays down an fake Jersey, and say for Ricky. With slow music in the back ground

I mean he would have his own exemptions if he could win something. That’s harsh maybe calm down on commercials

you're the man, Phil. this is why we love you.

NEXT PAGE: THE TOP FIVE CALLAWAY DRIVERS THAT HAVE EVER BEEN PRODUCED