Jordan Spieth's agent provides illness update ahead of US Open

Jordan Spieth left the range at The Country Club at Brookline after reportedly feeling unwell ahead of the US Open. 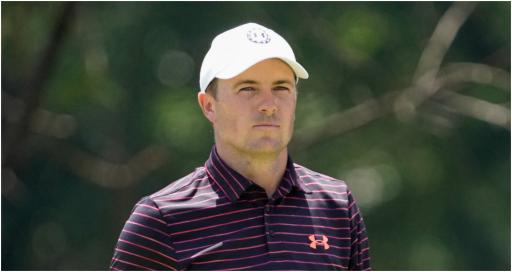 Jordan Spieth's agent confirmed to the media on Wednesday aftertoon that his client was battling a stomach bug.

But the three-time major champion has reportedly spent the last 24 hours resting, rehydrating and will play the US Open.

Spieth's agent Jay Danzi did not go into further detail about the 28-year-old's illness.

Despite Spieth not winning a major since the 2017 Open Championship, he remains a popular under-the-radar pick on a tricky course this week.

If you haven't seen the clips by now, there is rough at The Country Club at Brookline.

Related: Abraham Ancer forced out of US Open as Rickie Fowler waits patiently for chance

Sirius XM's and PGA Tour commentator Colt Knost reported that he texted Spieth after hearing that he was struggling with ilness.

"Not good," reportedly was the reply. The first alternate into the field is Rickie Fowler, who lipped out on a six-foot putt to miss out on an automatic spot for the major at his Monday qualifier during "Golf's longest day".

Fowler is on the property and has been playing practice rounds hoping there would be a late withdrawal.

According to Jay Danzi who is the agent for @JordanSpieth, Jordan had a strong stomach bug today. He rested and rehydrated. Spieth plans on teeing it up for round one of the @usopengolf.

Spieth won the US Open in 2015 after defeating Dustin Johnson in dramatic fashion to claim what was then his second major championship.

Popular figure Spieth has been in good form in recent months. From tee to green, he's been one of the best players in the world in the last two months.

He won the RBC Heritage at Harbour Town Golf Links to claim his 13th PGA Tour title and followed that with a runner-up finish at the AT&T Byron Nelson.

The Country Club is renowned for its smaller greens, plus the tight lies around the putting surfaces will mean the eventual winner will need to have particular guile and skill.

That sounds like a perfect recipe for some go get that golf from Spieth.

Spieth admitted before the US PGA that the career grand slam had become somewhat of an "elephant in the room" for him.

So far in the majors this year he missed the cut at The Masters for the first time in his career afteer shooting rounds of 74-76.

Spieth is due to play his first two rounds of the US Open alongside Max Homa and Adam Scott.