Louis Oosthuizen CO-LEADS at US Open with McIlroy, Rahm and Koepka contending

Louis Oosthuizen co-leads at yet another major championship as a whole host of top players contend in the US Open at Torrey Pines. 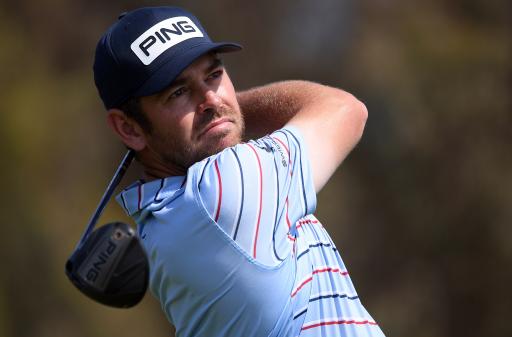 Louis Oosthuizen continued his fantastic record in major championships on Thursday at the US Open by shooting 4-under-par through 16 holes at Torrey Pines.

The South African's round was delayed by fog and with two holes left that he will complete on Friday morning, he is currently on 4-under-par alongside American Russell Henley.

Despite beginning with a bogey on the 11th hole, which was his second hole of the day, the 2010 Open champion bounced back with four birdies in his next seven holes to make the turn in 3-under-par.

Oosthuizen added another birdie at the par-4 5th hole to move to 4-under-par before his round was ended due to darkness. Although he is a major champion, the 38-year-old has also finished second at every major tournament.

Rory McIlroy started his week in impressive fashion in San Diego, battling his way to a solid score of 70 on Thursday. Although the Northern Irishman made three bogeys, he bounced back with four birdies including one on the final hole to finish on 1-under-par.

One of the highlights of the four-time major winner's round came at the par-4 7th hole, where he holed a superbly-judged chip for an unlikely birdie.

The 32-year-old won the Wells Fargo Championship for the third time in his career earlier this season, but he has only had two top-10 finishes in his last 11 events on the PGA Tour.

Two-time US Open champion Brooks Koepka went one better than McIlroy in the first round at Torrey Pines, carding a 69 to sit two shots behind the leaders on 4-under-par.

Jon Rahm, who suffered the severe disappointment of having to withdraw from the Memorial Tournament two weeks ago, bounced back with his own round of two-under-par as well.

NEXT PAGE: BRYSON DECHAMBEAU JUMPS BEHIND BROOKS KOEPKA DURING INTERVIEW AT US OPEN!