Phi Mickelson claims he does not want a "sympathy spot" at Winged Foot this June... 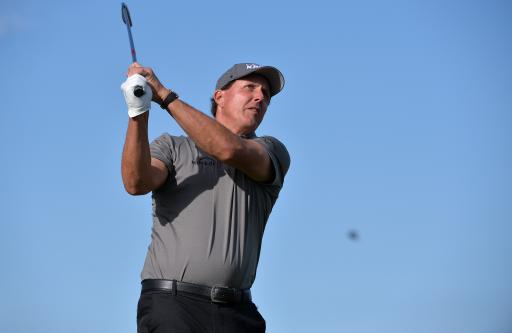 Phil Mickelson has revealed he will not play in this year's US Open if he is given a special exemption into the field at Winged Foot.

Mickelson claims he either wants to either play his way into the field automatically, or through one of the US Open qualifying tournaments - but he will definitely not be taking a special exemption from the USGA, if that is what lands on his doormat.

"I am either going to get in the field on my own or I'll have to try to qualify," said Mickelson, speaking ahead of this week's AT&T Pebble Beach Pro-Am where he is the defending champion. "I'm not going to take a special exemption."

Mickelson is currently ranked 72nd in the world after his tie for third at last week's Saudi International, but he needs to be among the top 60 after the US PGA Championship on May 17, or on the Monday of US Open week commencing June 15.

The five-time major winner needs to win the US Open in order to complete the career Grand Slam.

Only five golfers have won all four of golf's modern majors at any time during their careers - Gene Sarazen, Ben Hogan, Gary Player, Jack Nicklaus and Tiger Woods.

The USGA rarely grants special exemptions into the US Open but they have done in the past for the likes of Sarazen, Hogan, Arnold Palmer, Tom Watson and Ernie Els.

Two-time US Open winner Els was the last player to receive a special exemption, at last year’s championship at Pebble Beach.

"I just won't take it," said Mickelson, when pressed further on the topic.

"If I am good enough to make it and qualify, then I need to earn my spot there."

Mickelson will turn 50 the week of the US Open.