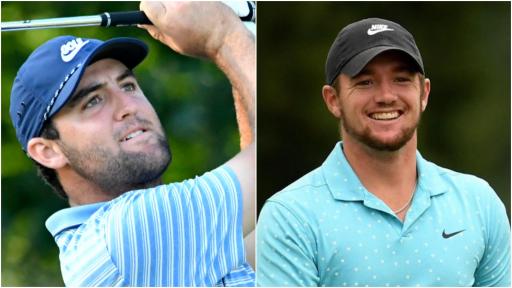 Scottie Scheffler and Sam Horsfield have both been ruled out of this week's US Open at Winged Foot after both testing positive for COVID-19.

The news will come as a bitter blow to both the American and Englishman following their terrific run of form, with Scheffler finishing tied fourth at the PGA Championship and becoming the 11th player to record a sub-60 round (59 at the Northern Trust) and Horsfield winning twice in the space of three weeks on the European Tour's UK Swing.

"We are sorry to lose a member of the USGA family in this year’s US Open field," said John Bodenhamer, the USGA's senior managing director of championships.

"Scottie has had a phenomenal rookie season and we look forward to welcoming him back to the U.S. Open Championship for many years to come."

Horsfield said: "It goes without saying that I am hugely disappointed to not have the opportunity to play in my fourth US Open but clearly the safety of the tournament and other players is paramount," tweeted Horsfield, who was mentored by Ian Poulter at the start of his career.

Scheffler, who finished fifth in the FedEx Cup, can take some consolation this week after being named PGA Tour Rookie of the Year.

World No.1 Dustin Johnson was unsurprisingly named PGA Tour Player of the Year after landing his first FedEx Cup title.

Scheffler will be replaced in the field by Branden Grace, with Horsfield being replaced by Rory Sabbatini.

NEXT PAGE: HOW TO WATCH THE US OPEN