U.S. Open qualifying: Fowler lips out to miss out, Wolff walks off

Rickie Fowler and Matthew Wolff missed out on spots in the U.S. Open in interesting circumstances. 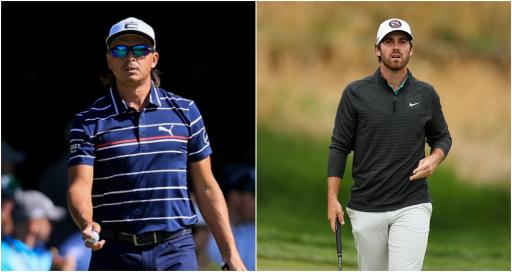 Marquee names Rickie Fowler and Matthew Wolff had their hopes of qualifying for the U.S. Open dashed in interesting circumstances whilst playing "golf's longest day".

More: Phil Mickelson opens up about his "embarrassing" gambling

Fowler will miss out on the major for the second year running which takes place next week at The Country Club at Brookline.

The American, 33, was taking part in final qualifying where competitors play 36 holes of stroke play at various locations across the United States and Canada.

There were only four spots on the table where Fowler was and he began disastrously by playing his first four holes at 3-over par.

But he managed to rally on his back nine and sank four birdies. A double bogey at 18 meant he carded a rounded of 2-over par at The Club at Admiral's Cove.

In truly agonising circumstances, Fowler's last putt lipped out. Meaning that he was only a matter of milimetres away from qualifying.

In the same tournament, Wolff decided to walk off the course midway through his second round after piping his drive into the water on the ninth hole at the North Course.

A lip out away from playing in the US Open. I should’ve prepared myself for this. pic.twitter.com/obYVcR6NrQ

Wolff, according to reports, did not look injured and USGA officials confirmed there was no mention of injury.

The young American was 1-under for the day and three shots off fourth place when he stepped up to the tee box -  so he was hardly out of contention for one of the spots up for grabs.

As you may remember, Wolff was runner up at the 2020 U.S. Open at Winged Foot where Bryson DeChambeau won his maiden major. Sometimes it's just not your day.

Since then, things have gone from bad to worse for Wolff who has slipped all the way down the world rankings to his current position as No.75. His highest was 12th in the world.

After his round, Fowler stated that he has not made up his mind about leaving the PGA Tour for the riches of the Saudi-backed LIV Golf Invitational Series.

As of Tuesday morning, Dustin Johnson followed Sergio Garcia in resigning from their PGA Tour memberships.

Phil Mickelson will make his return to golf this week. His reported pay day is approximately $200million to play in the controversial league.

Next page: Everything you need to know about the LIV Golf Invitational Series