US Open: Abraham Ancer FORCED OUT as Rickie Fowler waits patiently for chance

Rickie Fowler is the first alternate to take part in the US Open now that Abraham Ancer has been replaced in the field by Patton Kizzire. 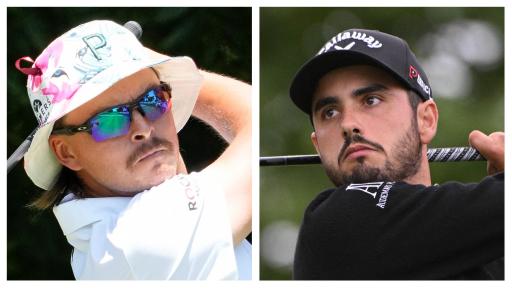 Rickie Fowler is now the first alternate for the US Open at Brookline today after Mexico's Abraham Ancer was forced out of the year's third major due to illness.

Ancer, ranked 20th in the Official World Golf Rankings, has now been replaced in the field by Patton Kizzire.

Sam Burns and Thomas Pieters will join Kizzire for the first two rounds.

With Ancer now out of the tournament it means Fowler, who also missed out on last year's US Open, is bumped up to first reserve should any other player decide to withdraw prior to the start of round one this afternoon.

Fowler has been on site at Brookline all week in the hope that he might be able to play his way into the tournament and take advantage of a couple of last-minute withdrawals.

There had been some initial hope for Fowler fans earlier today as Harold Varner III was said to have tonsillitis, but the in-form American ended up still making his R1 tee time alongside Sebastian Munoz and Alex Noren.

Fowler, who finished tied second at the 2014 US Open at Pinehurst, therefore must wait patiently to see if anyone else withdraws from the US Open today in order for him to play in the tournament.

Jordan Spieth has a stomach bug but his agent has confirmed he will still be playing in the US Open, so that rules out any chance for Fowler there.

Harold Varner is on site and he will tee it up in 5 minutes. Need an afternoon WD.

It has been a difficult few years on the PGA Tour for Fowler, who has now slumped to 146th in the Official World Golf Rankings.

Fowler has recently been linked with a move away from the circuit to join the controversial Saudi-funded LIV Golf Invitational Series led by two-time Open champion Greg Norman.

The five-time PGA Tour winner has certainly made it no secret that he is at least considering his options for breaking away to LIV Golf, but as of yet nothing has been confirmed.

Next Page: Paul McGinley draws Mo Salah to Manchester United comparision to explain how LIV Golf works in relation to the PGA Tour