This is the total prize purse and winner's share for the 2022 US Open at The Country Club at Brookline. 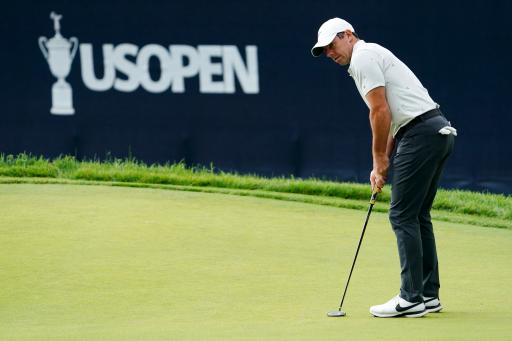 Rory McIlroy and Jon Rahm will tell you they are playing for much more than a prize purse at the 2022 US Open.

That being said, the 156 players in the field at The Country Club at Brookline are playing a huge amount of money in Massachusetts this week.

On Wednesday afternoon during his press conference, USGA CEO Mike Whan announced the overall prize purse has been bumped up by $5million this year.

That means that the total prize purse this year is $17.5million. The winner will take home $3.15million, which is up from the $2.25million Rahm took home last year at Torrey Pines when he was draining snaking birdie putts down the stretch in miraculous fashion.

The announcement by Whan means that the US Open will be the most lucrative of the four men's majors. The Masters and PGA Championship had prize purses of $15million this year.

Justin Thomas and Scottie Scheffler each took home $2.7million for their wins at the US PGA and The Masters.

Perhaps it is not by coincidence that the USGA have bumped up their prize money payouts this year considering there is a lot of chatter about money in professional golf right now.

Whan was asked this week about whether he could envisage a day where the qualifying criteria could change.

He conceded that he was struggling to see how LIV Golf is "good for the game". He said the USGA feel "a responsibility to the game and the competitors that play it".

The PGA Tour have, in recent years, responded to the threat of golf super leagues by way of the introduction of the Player Impact Program.

Though that is seen by many as a "slush fund" to try and keep the game's biggest stars happy.

Tiger Woods claimed $8million for winning the PIP. PGA Tour defectors Phil Mickelson, Dustin Johnson and Bryson DeChambeau were all inside the PGA Tour's top-10 list of players who had the biggest impact on the game, based on a number of different metrics.

The most lucrative tournament this season The Players at TPC Sawgrass, which had a total prize purse of $20million. Cameron Smith won $3.6million for winning that tournament.