US Open: Nobody can believe Matt Fitzpatrick did THIS alongside Dustin Johnson

Matt Fitzpatrick has been working on his driving distance, and it showed in the opening two rounds of the US Open with Dustin Johnson. 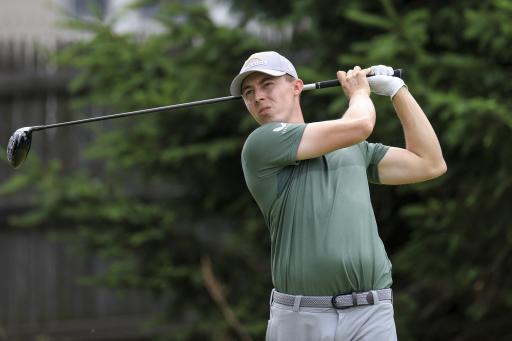 There was once a time when Matt Fitzpatrick was considered a short hitter on the PGA Tour - but that is no longer the case, especially after his opening two rounds alongside Dustin Johnson at the US Open this week.

Fitzpatrick, who averaged 293 yards and ranked 127th in driving distance on the PGA Tour last season, was seen outdriving his playing partner Johnson, considered one of the longer hitters on the PGA Tour LIV Golf .

While Fitzpatrick is still well down the PGA Tour list for driving distance this season, he has bumped his yardage up by a full six yards to 299 yards.

However, his stats are even more impressive at the US Open this week - testament to the work he has been doing in the gym and improving his power with his Titleist driver.

Related: Dustin Johnson says he does have one regret about LIV Golf

“Most players aren’t willing to stick with a plan week after week, for years. Matt did.” pic.twitter.com/nWu5R5G1v2

On one particular hole in the second round at the US Open, Fitzpatrick sent his drive a full 20 yards past Johnson, a player who ranked 14th in driving distance category prior to resigning his PGA Tour membership earlier this month.

Fitzpatrick is averaging 309 yards driving distance so far at the US Open, ranking him 21st in the field.

That is a full 10 yards further than his current PGA Tour average.

According to sports biomechanics professor Sasho MacKenzie, the Englishman has increased his clubhead speed with the driver from 112 mph to 119 mph.

Fitzpatrick finds himself at 2-under par after 36 holes at the US Open and three shots off the pace heading into the weekend.

Johnson, meanwhile, has it all to do at 1-over par and six shots behind.

Next Page: Brooks Koepka speculates on "why people don't like me"