GolfMagic decided to take a look through the fields to find any notable storylines for you to follow at U.S. Open final qualifying. 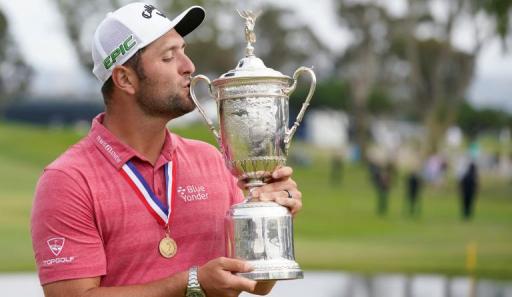 Golfers will today compete for their chance for a starting berth at the U.S. Open over 36 holes in final qualifying.

It’s dubbed “golf’s longest day” and for good reason. It’s sure to be a tense and exhausting filled with emotion.

GolfMagic decided to take a peek through the fields and pick out any names you might recognise and cool stories that could develop over the course of the day.

Take a look below:

PGA Tour players J.J. Spaun, C.T. Pan, David Lipsky and Brandon Hagy are all vying for one of the three spots on offer.

Jaden Dumdumaya, 15, is the youngest player in any field of the final qualifiers.

The Club at Admiral’s Cove

Rickie Fowler, Matt Wolff, Lee Westwood and Kevin Tway are in the field, alongside Alex Fitzpatrick, the younger brother of Matthew, who has recently turned professional.

Alex turned down a multimillion offer to join the LIV Golf league to pursue a career on the PGA Tour.

Willy Wilcox, the 36-year-old former PGA Tour pro who made headlines when he opened up on drug addiction, is also in the field.

Wesley Bryan, who lost his full playing rights on the PGA Tour earlier this season, is playing alongside his brother George Bryan.

George, also a professional golfer, is a YouTube content creator who documents his and his brother’s progress in the game.

Michael Visacki, a 28-year-old journeyman who went viral last season after winning a Monday qualifier into the Valspar is also in the field.

Fran Quinn and Owen Quinn are the only father-son duo to advance.

Kevin Rhoads, the head coach of both men’s and women’s teams at Harvard is also in the field.

Anthony Brodeur is in the field. He is the 26-year-old son of NHL hall of famer Martin Brodeur.

The 2019 U.S Amateur runner-up, John Augenstein, is in the field.

Danny Woodhead, the 37-year-old former NFL running back who caught a touchdown pass from Tom Brady during the Super Bowl, is also here.

Sam Triplett, the son of former PGA Tour pro Kirk Triplett, is in the field.

The youngest player in the field here is Parker Paxton, who is 16 years old.