US Open R2: Scottie Scheffler joins Rory McIlroy out in front at Brookline

World No.1 Scheffler proves his class on day two at the US Open with a superb round of 67. 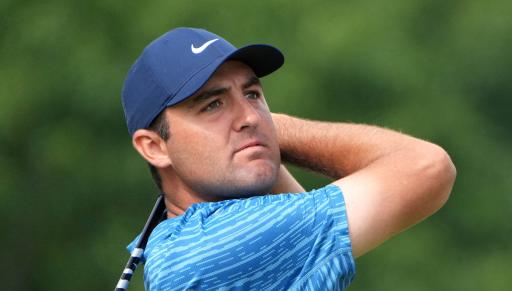 World No.1 Scottie Scheffler moved into a tie for the lead on day two of the US Open following a superb round of 3-under 67.

Scheffler, out in the morning wave of groups, stumbled out the gate with two early bogeys on the 5th (which included a duffed chip) and 6th and it looked at that time of his round that he was going to do well to make the cut.

Scheffler now finds himself in a tie for the lead with a logjam group of players including little-known Nick Hardy, who posted a respectable 68.

Joel Dahmen, David Lingmerth, Callum Tarren and Rory McIlroy are also on 3-under par but they are just about to tee off their second rounds.

McIlroy is bidding to win his second US Open title having won his first back in 2011 with an eight-shot romp at Congressional.

The Northern Irishman may have just added a 21st PGA Tour title at the weekend but he is winless in the majors since the 2014 US PGA Championship.

No golfer has won the US Open the week after winning on the PGA Tour in the last 60 years, so McIlroy will be looking to set that record straight at Brookline this week.

In-form American Sam Burns matched Scheffler's round of 67 to bump himself up to 2-under par for the tournament and right in contention for his maiden major title.

England's Matt Fitzpatrick also progressed to 2-under par as he too goes in search of his first major title following an excellent run of recent form on the PGA Tour.

Elsewhere, Brooks Koepka gave himself every chance of landing a US Open hat-trick following wins in 2017 and 2018 after shooting a 67.

Phil Mickelson, making his return to major championship golf this week, has unfortunately had a week to forget on 11-over par and he is going to miss the weekend.

Mickelson just needs to win the US Open in order to complete the career grand slam, but now at the age of 52, that goal is looking all the more unlikely.

Stay locked to GolfMagic's live commentary of the US Open here