A complaint submitted by Nicklaus Companies has accused Jack Nicklaus of three separate breaches of contract including negotiations with the PIF. 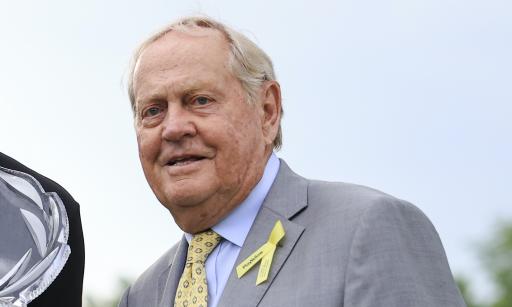 18-time major winning legend Jack Nicklaus is being sued by Nicklaus Companies for breach of contract, tortious interference and breach of fiduciary duty.

As reported by Sports Illustrated, a complaint was filed by Nicklaus Companies to the Supreme Court against the Golden Bear on May 13.

According to the complaint, the 82-year-old was paid $145 million in 2017 to provide services and property to Nicklaus Companies, but he has failed to do so over time.

The complaint details three instances of a breach from Nicklaus which includes receiving a large cash payment for promoting the 2022 Soudal Open on the DP World Tour.

The second part alleged wrongful conduct involving a video game that featured The Masters and the PGA Tour and the final part of the complaint concerned negotiations with the Public Investment Fund.

"Fortunately for Nicklaus Companies - and Mr. Nicklaus - the Company was eventually able to convince Mr. Nicklaus to stop exploring a deal for the endorsement of the Saudi-backed league," part of the lawsuit reads.

"The Company essentially saved Mr. Nicklaus from himself by extricating him from a controversial project that could have not only tarnished his legacy and reputation, but severely damaged the Nicklaus Companies’ name, brands and business.

"If not for the efforts of Nicklaus Companies, Mr. Nicklaus could have been pilloried in the news media for accepting payment for what could be characterized as betraying the PGA Tour."

Nicklaus has since responded with a statement of his own: "The claims made by Howard Milstein (Executive Chairman of NC) are untrue. Our relationship has been a difficult one, at best. I have little doubt about the outcome, but I don’t intend to make this a public spectacle, if it can be avoided."

Next Page: Devastating triple-bogeys cost Rory McIlroy at US PGA as Pereira leads