Tiger Woods landed in Tulsa, Oklahoma earlier on Sunday as he ramps up his preparation to play in the PGA Championship next week. 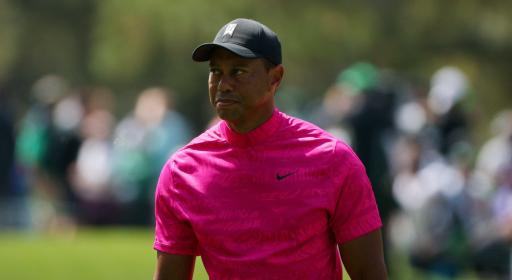 Four-time US PGA champion Tiger Woods has arrived to practice at Southern Hills ahead of the PGA Championship that starts on Thursday.

About four hours ago, Woods was filmed landing in a plane in Tulsa, Oklahoma and he made his way to the course where he won the tournament in 2007.

The 46-year-old has been filmed playing holes at the famous venue, hitting various irons shots. He has all but confirmed his attendance at the second major championship of the year.

His caddie Joe LaCava has also travelled with the 15-time major champion this weekend as the pair continue their scouting mission of the par-71 track.

At the end of April, Woods visited Southern Hills and played a practice round with the club's director of golf Cary Cozby on his bag.

It will be just his second appearance on the PGA Tour since his serious car accident in February 2021. Despite competing at The Masters, he looked fatigued in the last round as he bravely made the cut.

Although his age and the injuries to his right leg were clear by the end of his week at Augusta National, Woods finished in a tie for 47th place.

This footage will excite golf fans all over the world, however, his fellow golf superstar Phil Mickelson will not be in attendance at the PGA Championship next week.

The 51-year-old is the reigning champion after becoming the sport's oldest ever major winner at Kiawah Island in 2021, but is staying in exile from the tour after the fallout of his collusion with Saudi Arabia.