Paul Casey FORCED OUT of 20th appearance at PGA Championship

Paul Casey will not be playing the PGA Championship at Southern Hills in Oklahoma this week. 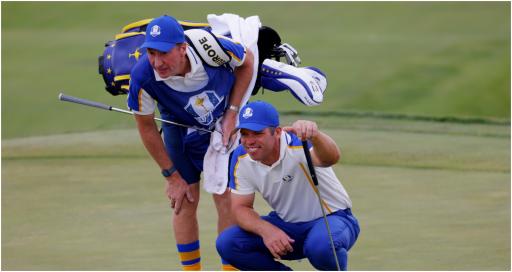 It appears a back issue that has plagued Paul Casey's season so far continues to linger.

The 44-year-old withdrew from this week's PGA Championship at Southern Hills yesterday morning.

It is not the most surprising news, given that it is the same injury caused him to miss both the Masters and the Valspar Championship.

Casey attempted to play through the pain and spasms at the WGC Match Play but his back is simply not co-operating. It is not known when he will return.

The Englishman previously told the media felt okay hitting a few putts but as soon as he started to take full swings he knew he couldn't compete.

It is a real shame for Casey given that when he has played this season he has fared well. That was evident at the Players at TPC Sawgrass in March.

Memorably, the curent World No. 23 had one of the most unfortunate breaks during Sunday's final round when his tee shot ended up in not a divot but a pitch mark.

It will be an even bitter pill for Casey to swallow given that this was supposed to mark his 20th appearance at the U.S. PGA.

In the last two editions of the men's second major championship, Casey finished T-2 at Harding Park and fourth last year at Kiawah Island that the exiled Phil Mickelson won.

Casey is playing this season without his long-time carrier and trusted confidante Johnny "Long Socks" McClaren.

McClaren said the last few years of travelling and the pandemic have taken its toll and he has stepped away.

Never say never, but it is unlikely that McClaren will return.

Casey joins Mickelson and Sungjae Im, who contracted COVID-19 in South Korea last week, in withdrawing from the major.

The Englishman has been replaced in the field by Scotland's Russell Knox, who will play in his seventh PGA Championship.