Golf club left STUNNED as 15 of its flags are stolen

St Neots Golf Club baffled as to why someone would take 15 of their new safe hole flags... 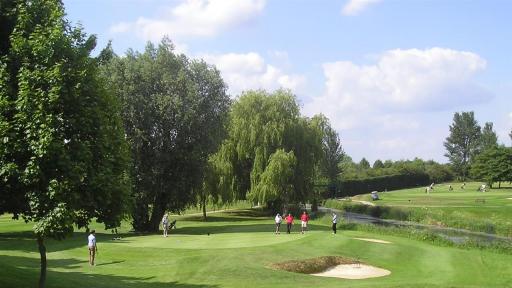 A golf club has been left mystified after 15 of its new safe hole flags were stolen just days before reopening its course to golfers, according to a report in The Hunts Post.

St Neots Golf Club in Cambridgeshire is now considering getting one of its scuba-diving members to search lakes and waterways on the 110-acre site in case the flags, worth around £1,000, were dumped there.

The three flags that were left out on the 18-hole course were in areas covered by CCTV cameras, which has led the club to believe the person who took the flags knew the layout of the course well.

Each of the flags had been specifically fitted with a "ball lifter" designed by a club member to follow the new set of guidelines outline by the R&A. This ensures that players do not have to touch the flagpoles as a precaution against coronavirus.

"I simply do not understand why someone would want to do something like that," St Neots GC manager Steve Searle told .

"It has certainly been done by someone who is familiar with the course because the three flags which were left in place were covered by CCTV."

He added: "A scuba-diving member has offered to go an look for them in the lakes."

The theft has been reported to the police, but if anyone has any information about the incident we encourage you to please come forward.

NEXT PAGE: HOW TO GO ABOUT PLAYING GOLF IN ENGLAND DURING THE CORONAVIRUS LOCKDOWN