Shorter course should appeal to high handicappers and older generation 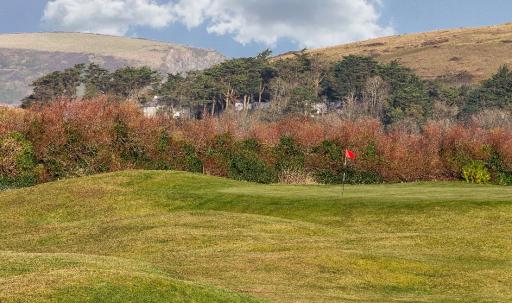 FOLLOWING two seasons of course renovations and improvements, St Enodoc Golf Club’s Holywell Course is now ideal for a round of feel-good factor golf that is fun, yet still provides a little bit of a challenge.

Shorter in length and with easier carries than the main Church Course, the 4,082-yard Holywell has been quietly gaining a reputation as a well-presented, short course that makes for an enjoyable round for golfers of every level for a green fee of just £25.

Whilst some holes are demanding with small, target greens, the Holywell’s nine par 3s and nine par 4s all offer good scoring opportunities.

For experienced golfers, the Holywell offers the chance to record an encouragingly-low score with the added benefit of only taking under three hours to complete whilst senior golfers appreciate the short carries and light rough. Meanwhile juniors, players not in possession of a valid handicap and beginners are all able to make their way around the course and find it an entertaining and pleasurable introduction to the game.

In the last two years greater resources than ever before have been employed over the club’s secondary course with much of the greenkeepers’ time spent renewing tees, manicuring bunkers and upgrading the overall presentation of the course to a level enjoyed on the club’s 6,547-yard Church Course.

Historically St Enodoc has always been known first and foremost for its James Braid-designed Church Course which is generally considered to be one of the finest championship links courses in South West England. However the Holywell comes a close second in terms of history and provenance.

Today’s first nine of the Holywell were originally designed by Braid as well and still offer some real character holes. In 1982 additional land was acquired in order to extend the course to the full 18 holes it is now. Since then some further modifications and the addition of some bunkers were made to give the current layout.