Rory McIlroy is unlikely to compete in Scottish Open at Renaissance Club in 2022. 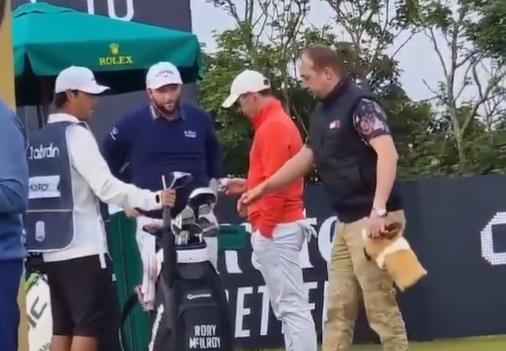 Rory McIlroy admits he will unlikely compete in the 2022 Genesis Scottish Open at The Renaissance Club on the DP World Tour, which falls the week before the 150th Open Championship at St Andrews.

McIlroy has played twice in the Scottish Open at The Renaissance Club but has struggled to find his form on the Tom Doak-designed course in North Berwick.

In what marked one of the most bizarre moments in European Tour history last year, one of McIlroy's clubs was taken from his golf bag while he was standing on the first tee next to Jon Rahm.

"I probably won't," McIlroy replied to Scotland on Sunday when quizzed if had any intentions of playing in the 2022 Scottish Open.

"The last two time I've played The Renaissance, I just haven't played well and though it's a good week in terms of you stay on site and I've enjoyed it, I just haven't got what I have been looking for in a way.

"It gives you competitive rounds before The Open, but I went into this one especially with more questions than answers after it [2021 Scottish Open].

"So I'll probably not play the Scottish Open and maybe spend a bit of time at St Andrews beforehand."

McIlroy ended up missing the cut at the Scottish Open and then went on to finish 15 shots behind Collin Morikawa in a tie for 46th at The Open at Royal St George's the following week.

The 2022 Scottish Open will unlikely feature McIlroy but the DP World Tour event is expected to feature an incredibly strong field once more given it is now co-sanctioned with the PGA Tour.

Viktor Hovland has admitted to wanting to play in the tournament for the first time but he has yet to fully confirm his participation.

NEXT PAGE: MAX HOMA THE VICTIM OF CRIME AT THE TOURNAMENT OF CHAMPIONS