BMW PGA Championship will be "weird" because of LIV Golf players, says Fitzy

Matthew Fitzpatrick is curious to see how things will play out in Europe with regards to LIV Golf's battle with the PGA Tour. 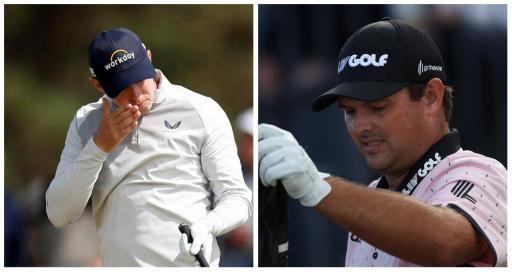 Reigning U.S. Open champion Matthew Fitzpatrick admitted he believes it will be "awkward" at the forthcoming BMW PGA Championship at Wentworth Club after a number of LIV Golf players have been confirmed in the field.

Fitzpatrick spent the earlier part of the week in Atlanta appearing a little bit frustrated with the format at the season-ending Tour Championship at East Lake. Despite the staggered and controversial format, Fitzpatrick has already forced himself into contention at the $75m tournament.

The Englishman, 27, opened with a stunning 6-under 64 in Atlanta to sit in third place after 18 holes, six strokes behind Scottie Scheffler, who provided way too much information about an injury he had to deal with after the 150th Open Championship.

Fitzpatrick was asked if he was curious how things will play out in golf's civil war, particularly in Europe.

Fitzpatrick told the media: "Yeah, yeah, I am. I am. It's going to be odd seeing certain people, obviously, at Wentworth. That is going to be a bit weird, and obviously it's a little bit disappointing. But they won their little thing.

"But yeah, it's going to be interesting to see what happens. Obviously they're [the DP World Tour] not quite in as strong a position as the PGA Tour are in terms of regulations or whatever it is. Yeah, I guess we'll just have to see how it plays out."

Fitzpatrick's comments come after it was confirmed that LIV Golf have signed another PGA Tour member. Rory McIlroy, after a simply psychopathic opening round of 3-under 67 at East Lake, appeared to all but confirm Cameron Smith's deal with Greg Norman is signed and sealed.

Which LIV Golf players are in the field at Wentworth?