Due to inclement weather in Prague, this DP World Tour stop will only be a three-round affair as Malaysian Gavin Green leads the way. 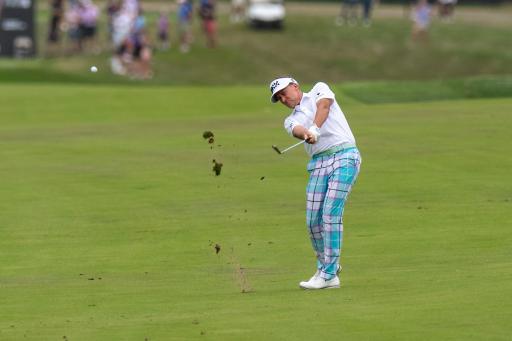 The D+D Real Czech Masters on the DP World Tour has been reduced to a 54-hole tournament due to inclement weather in Prague, the host city of the event.

Heavy rainfall began on Friday evening and continued today at Albatross Golf Club in the Czech Republic. Many areas of the venue were deemed unplayable due to standing water.

The third round began on Saturday, however, it will now be completed on Sunday, August 21 and the winner will be decided over 54 holes. The third round will resume local time at 8.30 am.

"The continued rainfall we have experienced means that, despite the strenuous efforts of the greens staff and volunteers, there is no way the course is going to be playable for the rest of the day," said David Williams, Tournament Director of the D+D REAL Czech Masters.

An update on the impact of the overnight rain and the rain this morning on the course #CzechMasters pic.twitter.com/oDXqnSxKWa

Gavin Green, looking for his first win on the DP World Tour, currently has a three-shot lead over Marcel Schneider, Richard Mansell and Belgian Thomas Pieters.

Maximilian Kieffer and Louis de Jager are four shots further back while Eddie Pepperell, who has recently vocalised his opinions on colleagues to have switched to LIV Golf, is seven shots back on 7-under-par.

10 players managed to get their rounds underway on day three before play was called to a halt, one of them being Hennie Du Plessis who has played on the LIV Golf Tour this season.

Ian Poulter is back on the DP World Tour this week after being named as one of the players to file an antitrust lawsuit against the PGA Tour. He is currently in tied 49th place on 3-under-par.

This is the Englishman's first appearance on the old European Tour since the Slync.io Dubai Desert Classic in January. He is currently unable to play on the PGA Tour following his suspension for playing in the LIV Golf Series.