Haotong Li holed a huge putt across the 18th green in Munich to beat Thomas Pieters in a playoff and his emotion got the best of him... 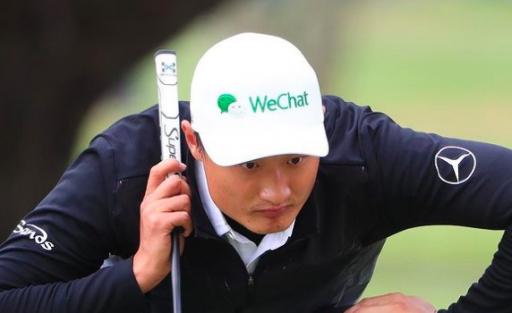 Haotong Li caused controversy with his ecstatic celebrations after winning the BMW International Open on the DP World Tour.

The Chinese star entered into a playoff with Thomas Pieters at Golfclub München Eichenried in Germany after both players finished on 22-under-par.

The playoff was played on the par-5 18th hole. Pieters found the greenside bunker with his second shot and Li found the rough to the right of the putting surface.

All seemed lost for Li when he knifed his chip across the green and down the slope. Pieters had a much shorter birdie chance to win his seventh DP World Tour title.

Incredibly, Li poured in his lengthy putt and Pieters couldn't match it. When the Belgian's ball missed the cup, Li and his team burst into jubilant and emotional celebrations.

He appeared to neglect shaking hands with his opponent as he was caught up in the moment of winning for the first time since the Omega Dubai Desert Classic in 2018.

In 2021, the 26-year-old only made two cuts in 16 events and he considered walking away from the game. He had made two top-10 finishes in the lead-up to last week in Germany.

As you can see in the footage above, his emotion overcome him so much so that he swore live on television in his post-victory interview.

"I never thought that one day I would have a trophy in my hands again. It’s a dream come true. Thomas (Pieters) played great all day. My putter wasn’t as hot as yesterday. Golf, this is golf," Li also went on to say.

"Sometimes things go your way, sometimes not. I’m just so happy to finish on 18 like that.

"Somehow I thought that I would make that putt (in the play-off). I don’t know how I made that stroke, how the ball went in the hole, because at the end of the day the greens were very bumpy. You just never know."