Kalle Samooja played like a man possessed as he clinched his first ever, emotional victory on the DP World Tour. 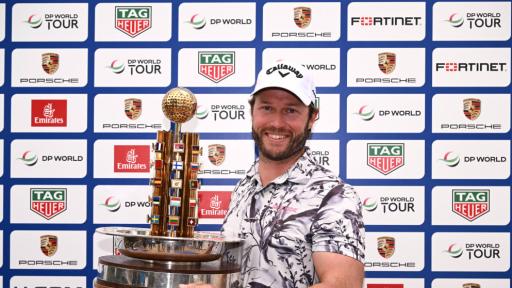 Finland’s Kalle Samooja shot a course record 8-under par 64 on Sunday at the Porsche European Open to claim a memorable first win on the DP World Tour.

Samooja overturned a deficit of seven strokes as he went bogey free in superb fashion on Sunday at Green Eagle Golf Courses in Hamburg, Germany.

The emotional victory for the Fin – who went out in 31 and returned to the clubhouse in 33 - sees him land a spot in the U.S. Open at Brookline in a few weeks’ time.

“It’s been a long journey [I have] been close a few times,” a tearful Samooja told Sky Sports. “We had a number in mind today, we reached that. It was a long two-hour wait [in the clubhouse].”

Speaking about getting a berth at Brookline, he added: “It was in my mind this week, but to get the win, it’s unreal.” Samooja was lost for words as Sky Sports’ Tim Barter congratulated him.

And here is how Samooja finished with a closing birdie to set the new course record. pic.twitter.com/tN7pAujlPe

Samooja didn’t break par in his first three rounds after shooting rounds of 72, 72 and 74. But the 34-year-old played like a man possessed and almost capped it off with an eagle at the 18th.

He had to settle for a closing birdie to go along with seven others in somewhat calmer conditions than the players had faced for the earlier part of the week. Several players withdrew.

It looked as though France’s Victor Perez was going to claim his second DP World Tour title in as many weeks but his challenge faded. He shot a 2-over 74 to finish two strokes behind the winner.