Leona Maguire hit one of the best shots of the year in the first round of the ISPA Handa World Invitational, using a hybrid to get out of a bunker. 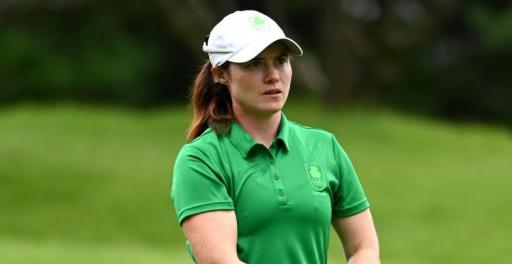 Leona Maguire has emerged as one of Europe's top talents on the LPGA Tour and she showed exactly why during the ISPA Handa World Invitational.

During the first round of the co-sanctioned event between the DP World Tour and the Ladies European Tour, Maguire found herself in the greenside bunker on the par-4 2nd hole at Galgorm Castle.

Her ball was at the back of the bunker and because of the tough pin position, the Irish star had to get creative. That, she certainly did as she brandished her hybrid from her golf bag.

Maguire took a short swing and her ball bounced across what looked like a shallow surface of sand. Her ball popped up and rolled on to the green, roughly 10 feet away for her par.

What a way to save par @leona_maguire uses her hybrid to get out of the bunker.

Like the cool, calm customer she is, the 27-year-old rolled in her putt for an incredible par. Having bogeyed the 1st hole, she used her short game magic as inspiration as she went on to shoot a 68 in yesterday's first round.

Maguire played at Massereene for the second round today, the second of two destinations for this week's event, and she followed up with a 69 to sit on 8-under-par, currently three shots behind Amanda Doherty on the women's leaderboard.

Back in February, Maguire made history by winning the LPGA Drive On Championship, becoming the first Irish player to record a victory on the LPGA Tour.

As for the men's side of things this week, Ewen Ferguson carded a course-record 61 at Galgorm Castle on Thursday to lead on 9-under-par, looking for his second win on the DP World Tour.

Much like Maguire, the Scotsman played his second round at Massereene earlier today. He carded a level-par 70 to keep his lead as things stand.