Romain Langasgue shot a stunning 61 at St Andrews in the first round of the Alfred Dunhill Links Championship, while Rory McIlroy started well at Carnoustie. 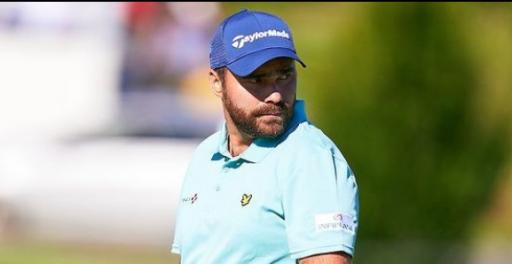 Romain Langasque carded an incredible score of 61 in the first round of the Alfred Dunhill Links Championship, equalling the course record on the Old Course at St Andrews.

Opening his week at the unique Pro-Am event on the DP World Tour at the home of golf, Langasque bogeyed the 11th hole (his second hole) and a course record looked like an impossibility.

The Frenchman made an eagle on the par-5 12th hole and in the next 15 holes, he made eight birdies and another eagle. His second eagle came on the par-5 5th.

From hole 4 to hole 9 on the most famous golf course in the world, the one-time Tour winner shot 7-under-par. His 61 put him on top of the leaderboard and one shot ahead of fellow Frenchman Frederic Lacroix who shot 10-under at Kingsbarns on Thursday.

Langasque joins Ross Fisher in the record books with his score of 11-under. Fisher achieved this mark in 2017 and he went on to finish in second place behind Tyrrell Hatton.

Rory McIlroy made a solid start to the week in Scotland with a round of 4-under at Carnoustie, the venue where he won the Silver Medal in 2007 as the top amateur on his Open Championship debut.

The Northern Irishman made six birdies and two bogeys playing alongside Nicolai Hojgaard. He shot 1-under-par and as a result of the low scoring on day one, the Dane currently finds himself in 108th on the leaderboard.

One of the highlights of McIlroy's round came on the par-4 7th hole which stands at 409 yards. McIlroy hit his drive just short of the bunker at the front of the green, despite not liking the drive when he hit it as shown by his one-handed followthrough.

McIlroy, who came third at The 150th Open at St Andrews back in July, said ahead of the first round that he was looking forward to playing with his father Gerry again in the team event, as the competition allows a professional to play with an amateur.

It was announced earlier today that the second round of the Alfred Dunhill Links Championship on Friday will be played as a shotgun start to avoid "adverse weather conditions forecasted."