Rory McIlroy provided some magic while Ian Poulter battered the wind. Take a look at five of the best shots from the Abu Dhabi HSBC Championship. 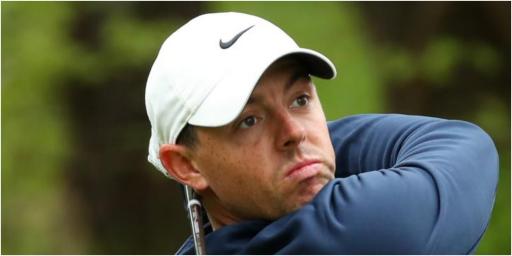 Rory McIlroy provided some magic as Thomas Pieters picked up the biggest win of his career on the DP World Tour.

The 29-year-old Belgian claimed €1.2million for his first ever Rolex Series win and spoke of how he hopes the win inspires a generation.

He doesn't have time to celebratre, mind. After the win, it was time to book a hotel for this week and get ready for a 9am practice session.

We saw some simply unreal shots at Yas Links, a real treat of a course though not everyone felt that way.

Tyrrell Hatton raged at the 18th hole, saying he hoped someone would drop a bomb on it after snapping his driver.

He bombed his drive then still had 290 to the front. He felt he should be rewarded for hitting the fairway.

Hatton let the shaft of his driver take the brunt of his frustrations in another classic Tyrrell going full Tyrrell moment.

Elsewhere, McIlroy provided a spark on an unlikely Sunday morning charge that ultimately fizzled out.

He did, however, hole out for eagle. Watch that down below and admire the sound and purity of that strike.

We're only 24 days into the 2022 and we already have a contender for the shot of the year and it's likely to stay that way.

It's also unlikely we'll see anything better or anything more creative than Santiago Tarrio's over-the-shoulder flop shot from the sand.

Unfortunately, he did miss the putt for par but let's not let fine margins spoil what was simply an unbelievable shot.

Let's take a look at some of the best shows below.

Let's take a look at some of the best shots below

Rory holes out for eagle

Another hole-out eagle from Romain Langasque

Alexander Björk holes one from 100 feet

Ian Poulter decks a driver into 30mph wind from 238 yards

Santiago Tarrio gets creative from the sand

Next page: Jon Rahm takes aim at course setup at The American Express