Tyrrell Hatton SNAPS HIS DRIVER and fumes about final hole

Tyrrell Hatton was pictured with his driver snapped in two after finishing the 18th hole at Yas Links. Then he went on a rant. 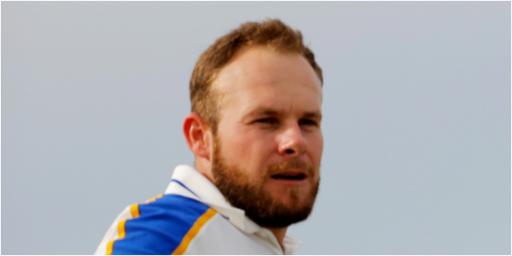 Death, taxes and Tyrrell Hatton letting his frustration get the better of him at a professional golf tournament.

This time, the scene of our meltdown was the mammoth 18th hole at Yas Links in the United Arab Emirates.

Playing his final round of the Abu Dhabi HSBC Championship on the DP World Tour, Hatton stepped up and melted his drive.

He found the short stuff. Indeed he should given he has a propensity to hit fairways one-yard in diameter. But there was a problem.

The problem for Hatton, 30, was that even though he found the short stuff he still had another 290 yards to the pin.

Hatton finished sixth for the week, which is absolutely no disgrace. But by the sound of it, you would have thought it was a lot worse.

Even the fact that he picked up €198,401.06 didn't immediately appear to sooth his ruffled feathers.

Footage did appear on the live broadcast of Hatton marching down the fairway with his driver snapped in half.

Speaking to the media afterward, he lit rip in a truly epic moment worthy of toppling his previous day's antics.

"I would love for a bomb to drop on it and blow it to oblivion.

"The fact they've moved the tee back is ridiculous. I hit a really good tee shot and I've still got 290 yards to the front [of the green].

"I could peg driver up again and still not get there. It'd be a much better finishing hole if you were rewarded for hitting the fairway, which as it stands, you're not.

"If we're coming back here next year, it'd be nice if they redesigned it. It's a bit of an ask so we may not be back."

Perhaps if Hatton decides to return next year, they should have a spare set of driver shafts ready for replacement.

Also, TV bosses would do well to think about delaying any live footage of the man from High Wycombe.

Let's try and have not as many F bombs.