Ryan Fox has continued his stunning spell of form as he raced to the early lead at the Irish Open on the DP World Tour. 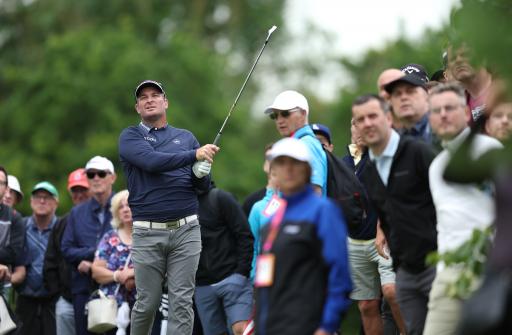 New Zealand’s Ryan Fox continued his stunning form on the DP World Tour as he raced away to the early lead at the Horizon Irish Open.

Fox, 35, has been in such glistening form over the last few months that he has earnt himself a spot in the forthcoming 150th Open Championship at St. Andrews.

Since winning the Ras al Khaimah Championship at Al Hamra Golf Club earlier in the season for the biggest win of his career Fox has been in stunning form. All that is missing is the win.

He finished T-9th at the Catalunya Championship, T-8th at the Betfred British Masters, was twice runner-up at the Soudal Open and the Dutch Open and last week finished third at the BMW International Open in Germany.

The Kiwi fired a bogey-free 8-under par 64 at Mount Juliet Estate. He raced out of the blocks and made four consecutive birdies from No.1. Two more followed at the par-3 sixth and the par-5 eighth.

Fox managed two more birdies on the back nine. After 18 holes, he holds a one-stroke advantage over France’s Frederic Lacroix.

There is a five-way tie for third with Thriston Lawrence, Dale Whitnell, Antoine Rozner, Jordan Smith and Alexander Bjork all on 6-under par.

Ireland’s Shane Lowry shot 1-under par while Seamus Power shot 4-under par. Padraig Harrington, who this week explained that the players who have turned down LIV Golf have not received “enough credit”, shot 2-under par.

Alex Fitzpatrick, the brother of most recent US Open champion Matthew, made his debut on the DP World Tour and shot 4-over par. His round included five bogeys, one double bogey and three birdies.

Fitzpatrick recently revealed he felt justified in turning down an offer from the super-rich LIV Golf Invitational series. The second event in the global, eight-event series, is heading to Portland, Oregon, at Pumpkin Ridge Golf Club over the next three days.

This is the second tournament played after the DP World Tour announced fines for the participants for the inaugural LIV Golf event at Centurion Club a few weeks ago.

Those players, comprised of the likes of Lee Westwood, Ian Poulter, Graeme McDowell, Sergio Garcia and Martin Kaymer, were all hit with fines of £100,000 and were banned from participating in three upcoming, co-sanctioned events with the PGA Tour.

The defending champion of the Irish Open is Lucas Herbert. He shot 3-under in the opening round, which was good enough to see him 34th on the leaderboard.

Next page: JT wants LIV Golf players to "have the balls" to admit this