LIV Golf is set to offer assurances for the rebels who left the DP World Tour to play in their first event at Centurion Golf Club near London. 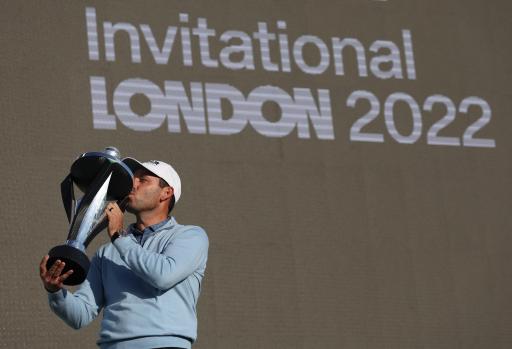 LIV Golf is reportedly prepared to pay the fines of the 17 DP World Tour players that were sanctioned as a result of their involvement in the new breakaway series.

According to James Corrigan of The Telegraph, the rebel circuit commissioned by Greg Norman will cover each £100,000 fine given to the players who played at Centurion Golf Club.

It is unclear whether LIV Golf will pledge £1.7 million to the DP World Tour, but the players have allegedly been given assurances for their decision to defect.

On Friday, the old European Tour issued these hefty fines and banned each of the 17 players from playing in the Genesis Scottish Open, the Barbasol Championship and the Barracuda Championship.

The fines will be reinvested into prize funds on the DP World Tour and used through the tour's Golf for Good programme for deserving charitable causes.

Related: Xander Schauffele leads by one going into final round at Travelers

According to an agent of one LIV Golf rebel, they are concerned as to when LIV Golf will cough up the financial assurances inside the 14-day deadline for the fines to be paid.

Further reports have suggested fines could double for every LIV Golf event that each player participates in, but there is nothing concrete on further sanctions at the moment.

Bernd Wiesberger, Graeme McDowell, Laurie Canter, Lee Westwood, Sergio Garcia and Martin Kaymer are some of the big names from the DP World Tour who have been sanctioned.

Keith Pelley, CEO of the DP World Tour, was patient in his response to the LIV Golf Invitational Series whereas the PGA Tour suspended players during the first round of the event in Hertfordshire.

Next Page: Rory McIlroy hits drive 108 yards en route to yet another double at Travelers