Shaun Norris will take a four shot lead going into the final round at the Steyn City Championship on the DP World Tour. 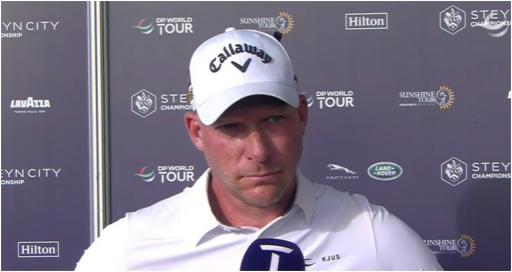 Norris will take a four-stroke lead into the final round after a third round 67 at The Club at Steyn City in Johannesburg.

He has had a blistering week so far after carding rounds of 64 and 62. He's at 23-under par and has had one bogey all week.

Dean Burmester, also from South Africa, is his nearest challenger after he shot a 66. German Matti Schmid, Denmark's Joachim B. Hansen, along with Sweden's Sebastian Soderberg are in the mix but will need to go really low to put the pressure on.

Norris came through the ranks in 2010. This is his 114th career start. He is yet to claim a win on the DP World Tour but he has won six times on the Japan Golf Tour.

Norris welcomed his second child, a daughter, into the world two weeks ago. Her name is Riley-Grace. If he were to win, he would dedicate the victory to her.

"It would be special," Norris said. "I haven't won in South Africa on home ground for 11 years so this would be a special one.

"With baby girl getting born a couple of weeks ago this one's for her so it would be nice."

He added: "I've been doing a lot of work off the tee and a lot of putting so I'm glad it's starting to show."