Brooks Koepka backed up his major bravado after his first round at the Valspar Championship before speaking about the 86th Masters. 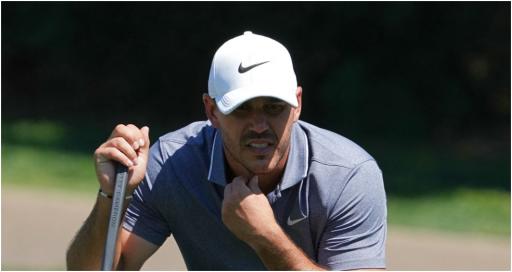 Brooks Koepka was in a positive mood after his first round at the Valspar Championship on the PGA Tour.

Of course, he had started well and signed for an opening 4-under par round at Innisbrook Resort but he made one key admission.

That admission was the fact he was feeling fit and healthy again for the first time in a very long time after his injury woes.

Koepka's form dipped after the Ryder Cup and when he stepped away to rehabilitate it marked the end of a dismal two year struggle.

That appears to have changed. He now says he is feeling fit and healthy again.

Koepka, 31, was also asked about the upcoming major season. The big American has a Masters itch that he has always wanted to scratch.

We're only a few weeks away from the 86th Masters. So does Koepka think that Augusta National suits him?

"I think every major suits me. I like the pressure, I think that's more about it, more of what suits me than anything," he told the media.

"I don't think there's really a golf course that really suits anybody. If you hit it long you can take out some of the bunkers.

"I don't see it being a fader's or a drawer's or I guess more of a drawer's golf course. If you fade the ball, most likely you're hitting 3-wood and it will draw."

Is there one hole, in particular, that doesn't suit anyone?

Koepka said it was the par-5 13th hole. "Prime example. You hit 3-wood there. I don't think it really suits anybody.

"Maybe, I could see where maybe a left hander it might suit a little bit better, just because you look at 12, you pull it you got a better chance."

The scoring averages through the years show Azalea is very scorable. Although it has been the scene of some blowups.

The name of the hole was drawn from the fact from tee to green it is flanked on the south side by approximately 1,600 azaleas.

Koepka is nothing but honest when it comes to his own struggles with some holes. He previously described the 17th at TPC Sawgrass as his nemesis.

He found the water twice on that hole during the most recent Players in horrific conditions and his response was to just laugh it off.