Rory McIlroy: "Anyone that says otherwise needs their head examined"

Rory McIlroy said he "wouldn't feel right" saying he was underpaid playing golf for a living. 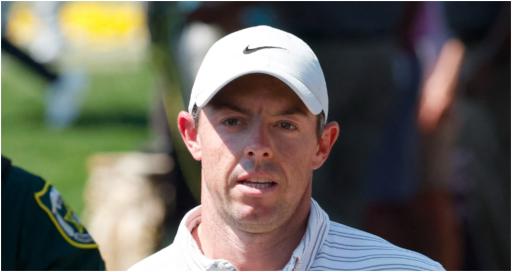 Rory McIlroy says if any elite golfer feels they are being underpaid then they "need their head examined".

McIlroy made the comments to Sky Sports in a segment discussing the now confirmed Saudi golf league, spearheaded by Greg Norman.

The league - which is called the LIV Golf Invitational Series - will kick off this summer at Centurion Club just outside London.

There will be a series of eight events with a total prize purse of $250million for those that choose to participate.

Mickelson previously stated that the PGA Tour's "greed" was "beyond obnoxious" and he believed the game's top stars were being underpaid.

@McIlroyRory: "Nurses and teachers should be paid a lot more... I wouldn't feel right saying that I get underpaid for playing a game"

McIlroy told Sky Sports: "I play golf for a living. Like, there's, y'know, nurses and teachers and [they're] the ones that should be getting paid a lot more.

"So I just wouldn't feel right at all saying that I get underpaid playing a game for a living [and] I realise how fortunate I am and anyone that says otherwise needs their head examined."

One of the central issues with the league Norman is spearheading is the source of the money.

It is being derived from the Public Investment Fund, which is the sovereign wealth of the Saudi Arabian government.

The group - which is directly influenced by their crown prince Mohammed bin Salman - have also purchased Newcastle United in the Premier League.

Critics have suggested that the Saudis simply do not care about making money in this golf venture and they are simply trying to "sportswash".

That is the practice of a state-run group, individual, or corporation using sport to improved their tarnished reputation.

If this league was being funded by a different source of money for a rival golf tour, would there be a more reasonable debate to have?

McIlroy said: "I think so. Y'know, I have raised those points before where you have to... it's very hard to separate those two things anymore.

"People always used to say sports and politics shouldn't mix and that but in this day and age with everything going on it's very hard to separate those two.

"So there's certainly a part of it that is to do with that."