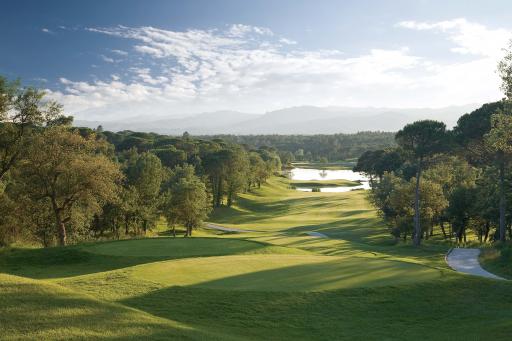 The DP World Tour today announced the addition of two new tournaments in Spain to its 2022 schedule, with the ISPS Handa Championship in Spain and the Catalunya Championship taking place in consecutive weeks in April.

Leading into the Betfred British Masters hosted by Danny Willett in England (May 5-8) and the Soudal Open in Belgium (May 12-15), the Spanish double-header will form a four week stretch on European soil between the season’s first two Major Championships – the Masters at Augusta and the US PGA Championship at Southern Hills.

Both Spanish tournaments will have prize funds of US$2 million and, due to the ongoing travel restrictions caused by the pandemic, will take the place on the 2022 DP World Tour schedule of the previously planned ISPS HANDA – CHAMPIONSHIP and the Volvo China Open.

However, the ISPS HANDA Championship in Japan will continue as a solely sanctioned Japan Golf Tour event in the same week (April 21-24) with the original co-sanctioned ISPS HANDA – CHAMPIONSHIP – the DP World Tour’s first official visit to Japan – now taking place in the 2023 season.

Infinitum, previously known as Lumine Golf, succeeded PGA Catalunya as host venue for the Tour’s Qualifying School Final from 2017 to 2019 and prior to that it was a Second Stage Qualifying School venue from 2012 onwards.

PGA Catalunya Golf and Wellness, a European Tour Destination, was the venue for the Qualifying School Final for nine consecutive years from 2008 to 2016. It has also hosted four full Tour events: the Sarazen World Open in 1999 won by Thomas Bjørn and the Open de España on three occasions, in 2000, 2009 and 2014. The latter was notable for Spaniard Miguel Angel Jiménez’s victory which extended his own record as the Tour’s oldest winner to 50 years and 133 days.

Keith Pelley, Chief Executive of the DP World Tour, said: “We have much valued relationships with both Infinitum and PGA Catalunya Golf and Wellness and we are extremely grateful to these venues for moving so quickly to help host our events in April, enabling us to continue to provide valuable playing opportunities for our members.

“I would also like to thank the Japan Golf Tour and, of course, Dr Haruhisa Handa himself for his support in helping us relocate the ISPS Handa Championship in Spain, while at the same time organising the ISPS HANDA Championship in Japan. While it is disappointing our international membership will not have the opportunity to play in Japan this year, we are nevertheless grateful for Dr Handa’s continued commitment to the tournament overall, and we look forward to our first visit to his wonderful country in 2023.”

Finally, completing the tournament reorganisation of the next two months, the DP World Tour also confirms the rescheduled Commercial Bank Qatar Masters will be staged at Doha Golf Club from March 24-27, while a proposed ‘Asian event’ from April 14-17 will not now take place.